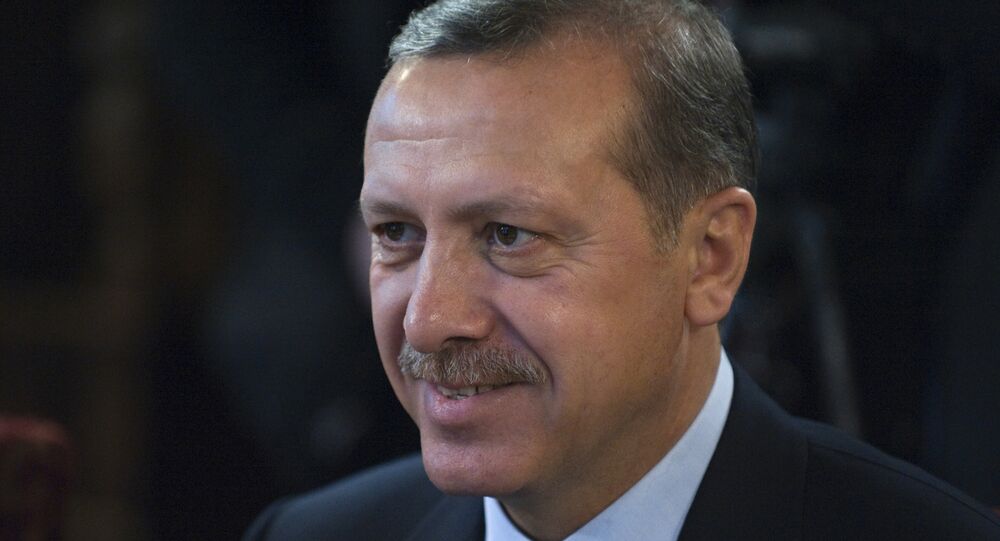 According to the Kremlin press service, Russian President Vladimir Putin and Turkish Prime Minister discussed the situation of Crimean Tatars and the crisis in Ukraine in a phone call.

“The Prime Minister of Turkey gave a positive assessment of the decisions made by the Russian president to improve the situation of Crimean Tatars and to ensure their fully-fledged participation in the political and social life in Crimea,” the Kremlin said in a statement.

In late April, Putin signed a decree on the rehabilitation of Crimean Tatars who suffered during Stalin-era repressions.

Crimean Tatars, a historic people of the region, were deported en masse to Central Asia by Soviet leader Joseph Stalin 70 years ago. Although many of them returned in the early 1990s, they were unable to reclaim the land they had possessed before their deportation.

Currently some 260,000 Crimean Tatars live on the peninsula.

Citizens of Crimea, previously an autonomous republic within Ukraine, expressed their will to secede from Ukraine and rejoin Russia following the February overthrow of President Viktor Yanukovych and a subsequent change of power.

On March 16, Crimea held a referendum which saw over 96 percent of its voters support the initiative to become part of Russia. On March 21 the peninsula officially became a subject of the Russian Federation after Russian President Vladimir Putin signed reunification documents into law.