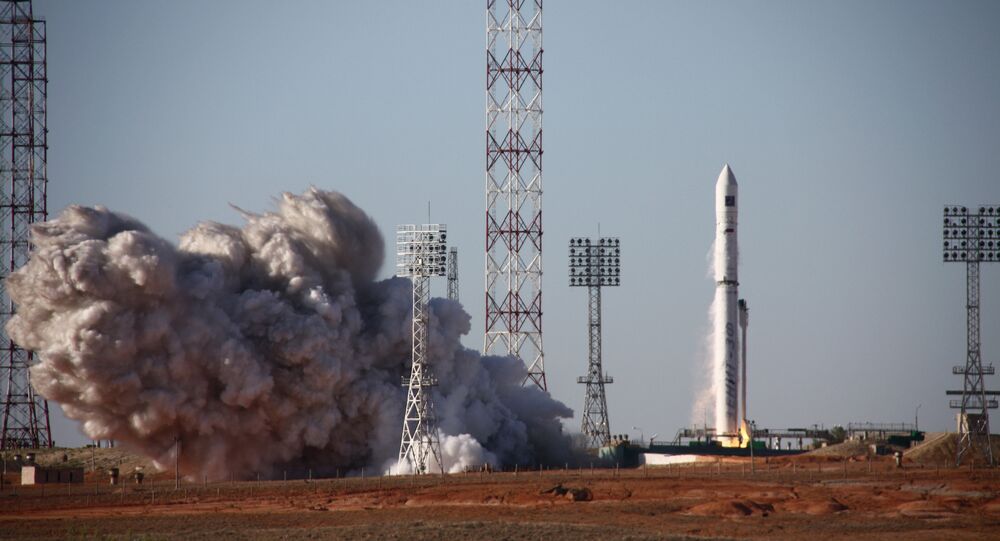 The head of the Kazakh space agency on Monday called for trilateral talks between Russia, Ukraine and Kazakhstan to discuss a new launch facility at the country’s Baikonur space center.

ASTANA, May 5 (RIA Novosti) – The head of the Kazakh space agency on Monday called for trilateral talks between Russia, Ukraine and Kazakhstan to discuss a new launch facility at the country’s Baikonur space center.

“At the moment, the project to build the Baiterek launch facility is designed for Zenit carrier rockets, which uses non-toxic components of rocket fuel. However, trilateral cooperation between Kazakhstan, Ukraine and Russia is needed to carry out the project. In this respect, we are organizing a meeting of the three states’ space chiefs,” the head of the Kazakh space program, former cosmonaut Talgat Musabayev said.

Zenit rockets are manufactured by the State Design Bureau Yuzhnoye in the Ukrainian city of Dnepropetrovsk, but more than two-thirds of the rockets’ components are sourced in Russia.

The future of the rocket was put into question by rapidly deteriorating ties between Moscow and Kiev. Relations between the two ex-Soviet neighbors sunk to unprecedented lows this year over the violent uprising that ousted President Viktor Yanukovych from office, subsequent reunification of Crimea with Russia and the ongoing violence in Ukraine’s mainly Russian-speaking eastern regions.

When asked about how the protracted political crisis in Ukraine would affect Kazakhstan’s space ambitions to launch Ukrainian-made rockets, the Kazakh space chief replied that further progress on the issue would require talks “at a higher level.”

Baiterek, which is being built at the Russia-leased Baikonur cosmodrome, is central to Kazakhstan’s ambitions to become a space power.

Under the 2004 project, Baiterek was to become a launch pad for Russia’s modular Angara rocket, which is still under development. Last year it was agreed that the facility will be converted to a launch platform for the Ukrainian-built Zenit rockets, as Russia is building a new facility to host Angara, the Vostochny space center.

Russian President Vladimir Putin announced last year that the leaders of Russia and Kazakhstan had signed a three-year roadmap on the cooperative use of Baikonur, which would transfer ownership of Baiterek to Kazakhstan. The document also requires recommendations be made to reduce the ecological impact of Russian heavy-lift Proton rocket launches beginning in 2016.

A Proton rocket, which exploded shortly after liftoff in July last year, released tons of blazing, highly toxic propellants on the Kazakh countryside.