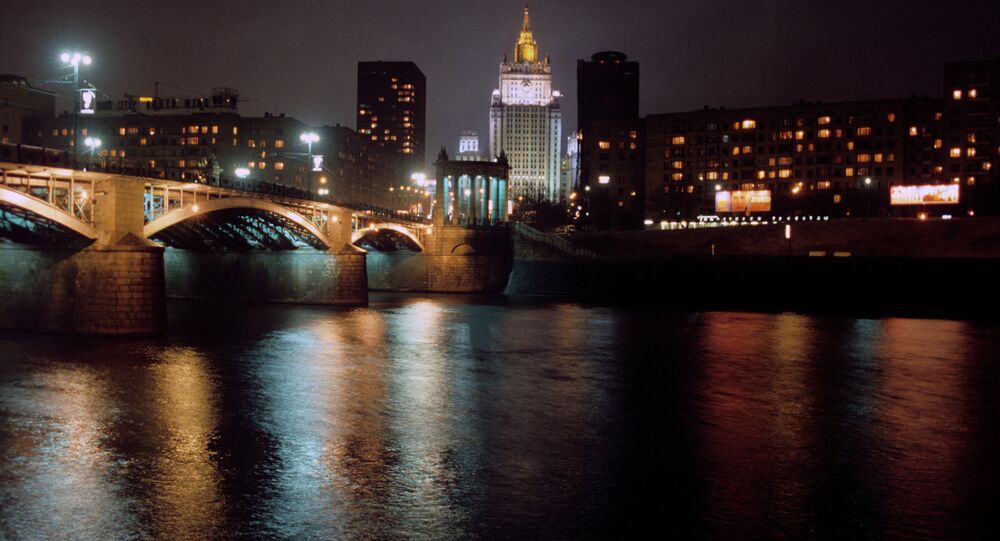 The development of closer ties, including economic cooperation, between Moscow and Kiev will depend on Ukraine's commitment to maintaining a non-aligned status, the Russian Foreign Ministry said Tuesday.

MOSCOW, April 1 (RIA Novosti) - The development of closer ties, including economic cooperation, between Moscow and Kiev will depend on Ukraine's commitment to maintaining a non-aligned status, the Russian Foreign Ministry said Tuesday.

"Kiev needs to understand that further prospects for the development of Russian-Ukrainian cooperation, including in the economic sphere, will greatly depend on the actions that Ukraine is implementing in its foreign policy," the ministry said.

Acting President Olexander Turchinov announced plans Tuesday to move towards changing Ukraine's status as a non-aligned country. Lawmakers in the country introduced a bill earlier in the day proposing to drop provisions for maintaining a non-bloc status, in an apparent move towards seeking NATO membership.

Ukraine adopted a policy of refraining from military alliances in 2010. In July 2012, Russia and Ukraine signed a declaration on strategic partnership, in which Kiev reaffirmed that position.

Russia has vociferously opposed any further eastward expansion by NATO, particularly by former Soviet republics on its borders. President Vladimir Putin said last month Moscow was open to further cooperation with NATO, but remained opposed to the organization's presence in historic Russian territories.

Speaking on Ukraine's NATO bid, German Foreign Minister Frank-Walter Steinmeier said Tuesday that Germany was considering closer cooperation with Kiev under the framework of an existing Ukraine-NATO council, but he personally saw no possibilities for the former Soviet state's accession to the world's largest military alliance.

Ukraine and Georgia have been lobbying to become NATO members for years, enjoying full support for their bids from the US, but alliance members rejected a proposal to offer them membership at a NATO summit in Bucharest in 2008.

The Russian Foreign Ministry has said Ukraine's NATO bid led to a freezing of Russian-Ukrainian political contacts, a "headache" in relations between NATO and Russia and a deepening split in Ukraine, where many citizens do not support the plans.

US President Barack Obama said last week neither Ukraine nor Georgia were currently "on a path to NATO membership" and there were no plans to expand the 28-member alliance.