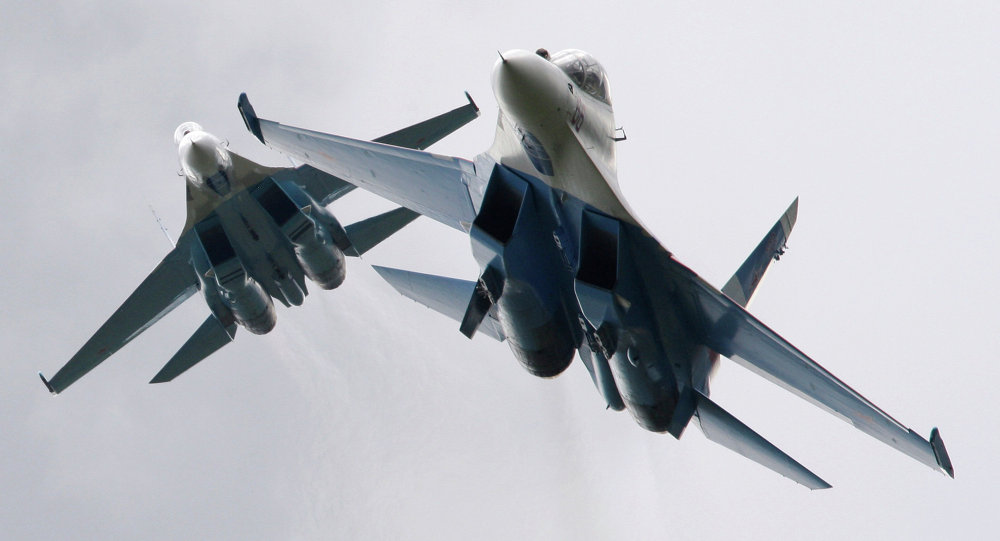 Belarus will ask Russia to deploy up to 15 additional combat aircraft on its territory in response to increased NATO military activity along the country’s borders, President Alexander Lukashenko said Wednesday.

The US Air Force has dispatched at least 12 F-16 falcon fighter jets from its airbase in Italy to take part in the exercises, while two NATO AWACS planes have started reconnaissance flights over Poland and Romania in order to help monitor the crisis in Ukraine.

“There is in fact an escalation of the situation near our borders… We will respond to it appropriately,” Lukashenko told a meeting of the Belarusian Security Council.

He proposed asking Moscow for additional combat aircraft to reinforce the four Russian Su-27 Flanker fighter jets based at the Baranovichi airbase.

“It could be some 12-15 planes for now… They could be put on patrols,” Lukashenko said.

Russia and Belarus signed an agreement on the joint protection of the Union State's airspace and the creation of an integrated regional air defense network in February 2009.

It is part of the integrated air defense network of the Commonwealth of Independent States, a loose alliance comprising nine former Soviet nations.

The Russian Defense Ministry recently announced plans to deploy a fighter jet regiment in Belarus by 2015. The majority of the planes will be stationed at a future Russian airbase in Lida, a town in northwestern Belarus, near the Polish and Lithuanian borders.