Russian Arms Supplies to Syria ‘No Breach of Law’ - Putin

President Vladimir Putin on Sunday defended Russia’s weapons supplies to Syria saying they are in the framework of the international law.

LONDON, June 16 (RIA Novosti) – President Vladimir Putin on Sunday defended Russia’s weapons supplies to Syria saying they are in the framework of the international law.

“If we speak calmly, I want to stress that Russia supplies arms to the legitimate government of Syria in full compliance with the norms of international law and we call on our partners to act in the same way,” Putin told reporters after talks with British Prime Minister David Cameron on Sunday.

“We are not breaching any rules,” Putin said.

"I think you will not deny that one does not really need to back the people who not only kill their enemies, but open up their bodies and eat their intestines," Putin said referring to a video footage of a rebel eating what appeared to be a government soldier’s heart.

Speaking on the planned international conference on Syria proposed earlier by Russia and the United States, Putin said: “I don’t think this conference is ruined.” “I fully agree with the Prime Minister [Cameron] that this is one of the most appropriate means of resolving the Syrian problem,” he said.

Putin said he hoped the upcoming G8 summit in Northern Ireland “will have a positive influence” on the Syrian conflict.

The US said this week that it had clear evidence that Syrian President Bashar Assad’s government had used chemical weapons against the rebels. The claim was supported by Britain, but dismissed as “unconvincing” on Friday by Russia, which is widely viewed as an ally of Syria and has vetoed several Western-backed UN Security Council resolutions aimed to pressure Assad into ending the use of force.

Russian officials have previously said they will deliver on existing arms deals with Syria involving "defensive weapons," but President Putin said recently that the S-300 sale had not been completed. 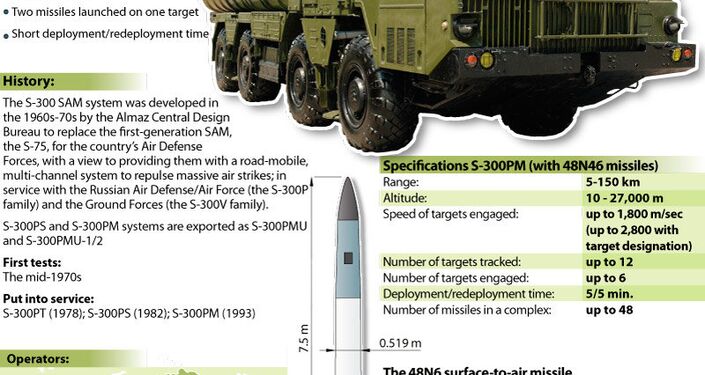 The delivery of S-300 is of significance, defense analysts say, as it is a highly capable system which would make any outside intervention by foreign air forces extremely hazardous.