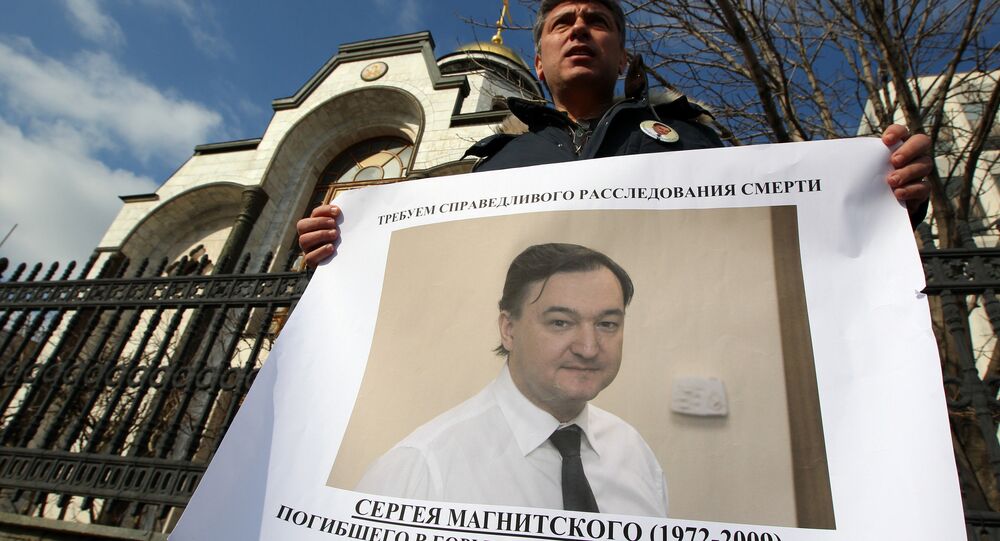 If, perish the thought, you are a Russian official targeted by the US government under the Magnitsky Act, you may have options to challenge the sanctions mandated by the legislation.

WASHINGTON, December 6 (By Carl Schreck for RIA Novosti) - If, perish the thought, you are a Russian official targeted by the US government under the Magnitsky Act, you may have options to challenge the sanctions mandated by the legislation.

But it probably won’t be easy.

The Magnitsky Act legislation passed by the US Senate on Thursday mandates that Russian officials deemed complicit in human rights abuses be denied US visas and have their assets in the United States frozen.

US courts have repeatedly ruled that no one has a constitutional right to a US visa, but a “creative lawyer” might argue that freezing a Russian official’s US assets in this scenario constitutes a penalty without due process, said Paul Stephan, a former international law counselor at the US State Department.

A Russian official slapped with Magnitsky Act sanctions could file a lawsuit in a US court claiming the asset freeze violates the US Constitution’s directive that no one should be “deprived of life, liberty, or property, without due process of law,” said Stephan, a professor at the University of Virginia School of Law.

But such a line of argument “would be a very steep uphill climb,” Stephan conceded.

Paradoxically, Stephan added, the fact that the legislation punishes specific individuals could give Russian officials on the so-called “Magnitsky List” a better chance for judicial review in the United States, Stephan said.

“Most asset freezes have been geopolitical rather than individualized,” he said, citing as an example the United States’ freeze of some $12 billion in Iranian assets in the West following the 1979 seizure of the US embassy in Tehran.

If, as expected, the Magnitsky Act—which was packaged with a landmark bill normalizing trade relations with Russia—is signed into law by US President Barack Obama without changes, the White House would be responsible for compiling the list of Russian officials to face sanctions.

While the US president is formally tasked with creating the Magnitsky List, it will likely be the State Department that makes the key assessment about whether allegations of abuses by Russian officials are credible, former State Department officials told RIA Novosti.

The original Senate version of the Magnitsky Act mandated the State Department and the US Treasury Department to create the list of Russian officials to face sanctions.

But the fact that the Senate bill passed Thursday gives this responsibility to the US president—mirroring the bill passed last month in the US House of Representatives—would make it more difficult for Russian officials punished under the legislation to seek recourse in US courts, Stephan said.

Under the US Administrative Procedure Act, individuals can seek judicial review of actions taken by federal agencies like the State and Treasury departments. US courts, however, have repeatedly ruled that the American president is not an “agency” subject to the provisions of that law, Stephan said.

The bill passed Thursday—which requires any officials purportedly complicit in the death of whistleblowing Russian lawyer Sergei Magnitsky to be hit with sanctions—would also empower the US president to remove Russian officials from the list under a handful of circumstances.

These scenarios include the emergence of “credible information” that the individual was unfairly targeted for sanctions, or if the person was “prosecuted appropriately” for the purported rights abuses.

Of course, a criminal conviction creates other obstacles in obtaining a US visa. After all, the Magnitsky Act specifically aims to punish officials Washington considers complicit in “extrajudicial killings, torture, or other gross violations of internationally recognized human rights.”

Under US immigration law, foreigners convicted of murder or torture are explicitly barred from entering the United States.

Even a conviction for most lesser offenses would make a foreigner inadmissible into the United States, said Toni Maschler, an immigration attorney at Bromberg, Kohler Maya & Maschler in Washington.

While waivers can be obtained for some offenses, these offenses would almost certainly be considered “aggravated felonies” meaning that no waiver would be possible, Maschler said.

“Even relatively minor crimes such as shoplifting can be considered ‘aggravated felonies’” she said.