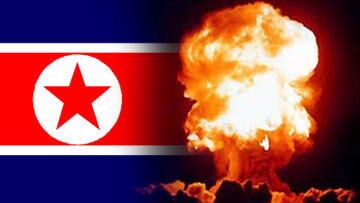 "We will produce as many nuclear weapons as we think necessary, but we will neither participate in the nuclear arms race nor produce them in excess," the agency quoted a memorandum issued by the North Korean foreign ministry as saying.

The ministry said the North was ready to "take part in international efforts on nuclear disarmament on an equal footing with other nuclear weapons states."

Russia, the United States, France, China and the United Kingdom are considered to be nuclear weapons states (NWS), an internationally recognized status conferred by the Nuclear Non-Proliferation Treaty (NPT), which came into force in 1970.

North Korea claims to be a nuclear weapons state after conducting two nuclear tests in 2006 and 2009, though the status has never been internationally confirmed. It withdrew from the NPT treaty in 2003.

"Assuming equal positions of all nuclear weapons states, we are ready to join forces with the international community in nuclear non-proliferation and safe storage of nuclear materials," the memorandum reads.

The six-party talks involving the two Koreas, China, the United States, Russia and Japan came to a halt last April when North Korea walked out of negotiations in protest against the United Nations' condemnation of its missile tests.

"Regardless of whether the six-party talks resume or not, we, as ever, will make consistent efforts for the global denuclearization, including on the Korean Peninsula," the ministry said.

"The mission of Korea's nuclear forces is to contain and repel aggression and a [nuclear] strike against the country and the nation until the Korean Peninsula and the world are completely nuclear-free," the memorandum reads.

The announcement comes amid media reports that the communist state, which is banned from conducting nuclear or ballistic tests under UN Resolution 1718, was preparing to carry out its third nuclear test.

Earlier in the day, South Korean YTN quoted an unnamed diplomatic source as saying the North began preparations for a third test in February. U.S. State Department spokesman Philip Crowley told reporters that he was "skeptical of that report."