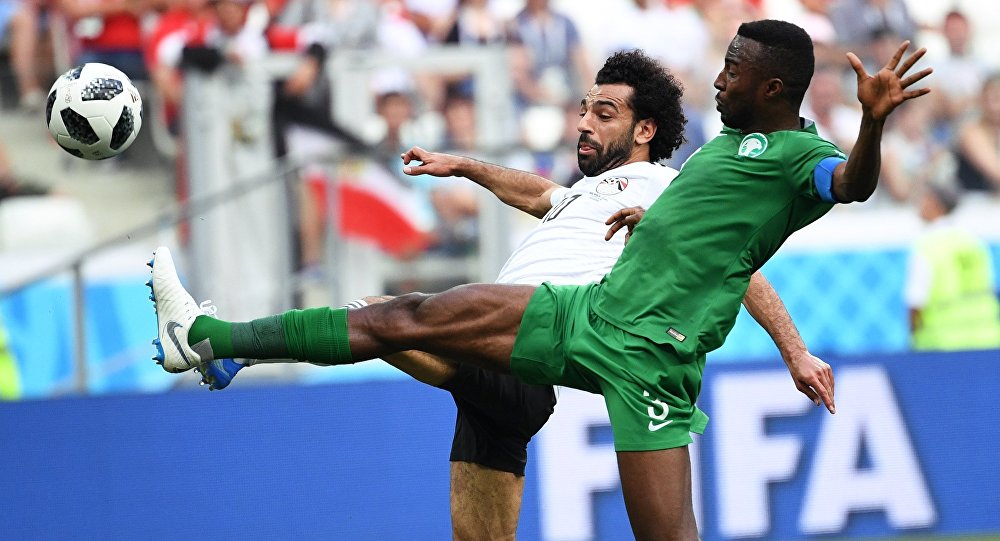 Both Egypt and Saudi Arabia had been eliminated from the World Cup after losing their two opening matches.

Salem Al-Dawsari's last-gasp goal earned Saudi Arabia a 2-1 win against Egypt in Volgograd on Monday, as both teams exited the FIFA World Cup. Liverpool striker Mohamed Salah had lobbed the opener midway through the first half to score his second goal of the tournament. 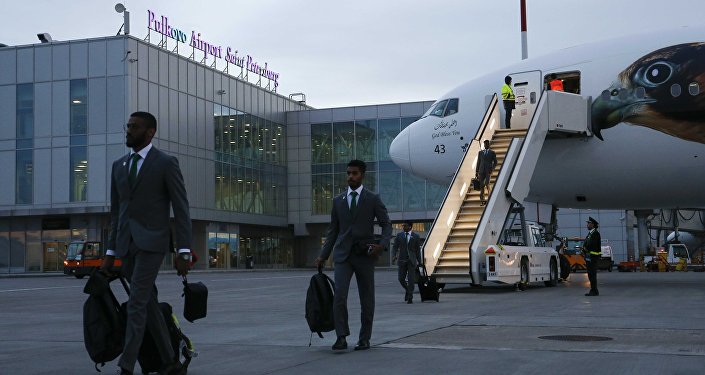 © REUTERS / Anton Vaganov
First Reaction to Saudi Arabia Airplane Incident 'Hasty' - FIFA Organizers
Egypt goalkeeper and captain Essam El-Hadary, who became the oldest footballer ever to have played in a World Cup match at the age of 45, saved a penalty in the 41st minute.

Saudi Arabia was awarded another penalty late into stoppage time at the end of the first half, with Salman Al-Faraj stepping up to convert and equalize.

With the match looking like it was heading toward a draw, Al-Dawsari scored to bring his side victory and leave Egypt without a point.

Saudi Arabia was crashed by Russia 0-5 in the opening game of the tournament on June 14 and then lost to Uruguay 0-1 on Jun 19.

Meanwhile, Egypt lost to Uruguay 0-1 on June 15 and then was defeated by Russia 1-3 last Tuesday.