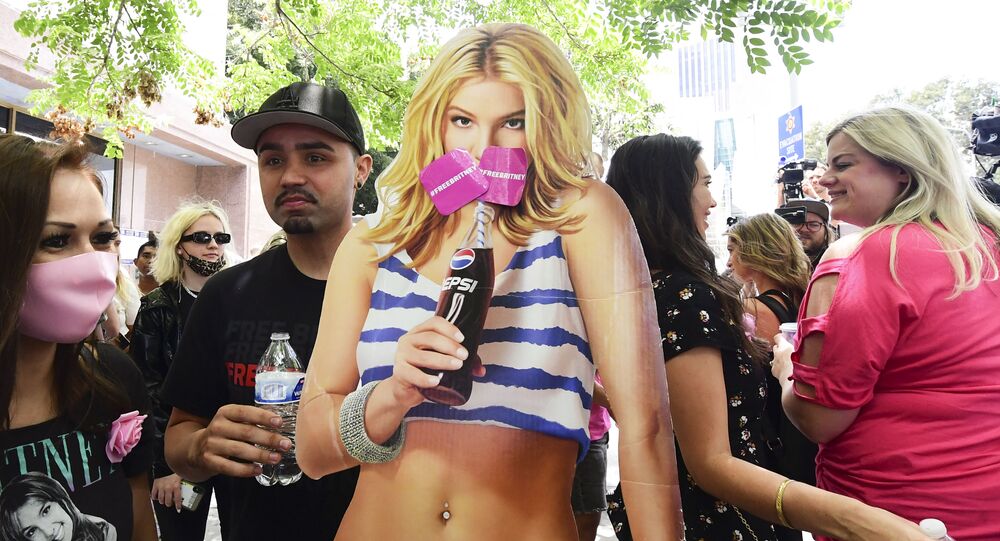 Britney Spears took to Instagram where she blasted her sister Jamie for showing up at an awards show and performing her songs to remixes.

Britney Spears seems to have hit back at her sister, Jamie Lynn, for posting a vague message containing “peace” and “heart” emojis along with several mirror selfies.

Jamie Lynn shared the Instagram message just hours after Britney penned a lengthy post, where she blasted her sibling, their father and the pop star’s critics.

“May the peace of the Lord be with you, and your spirit,” Jamie Lynn wrote, prompting many people to think that it was a response to her sister's criticism. Now, the post is only accompanied with the emojis, while the initial caption is deleted. The comments are also disabled.

"May the Lord wrap your mean a** up in joy today", she wrote.

Earlier, Britney wrote an expletive-riddled post, where she slammed her sister for showing up at an awards show and performing her songs to remixes.

"And no I'm not gonna put on heavy makeup and try try try on stage again and not be able to do the real deal with remixes of my songs for years and begging to put my new music in my show for MY fans ... so I quit !!!! I don't like that my sister showed up at an awards show and performed MY SONGS to remixes," Britney said.

She also lashed out at people who would never show up for those closest to them but would rather “speak righteously for support”.

Previously, a judge approved the pop star's choice of Mathew Rosengart, a former federal prosecutor who has represented several Hollywood celebrities such as Sean Penn, Ben Affleck, and Steven Spielberg, as her new attorney in the conservatorship litigation.

Britney earlier compared her conservatorship to "sex trafficking", calling it "abusive" and expressed her desire to remove a contraceptive device installed in her body and have children - something that she was reportedly not allowed to do under her father's guardianship.