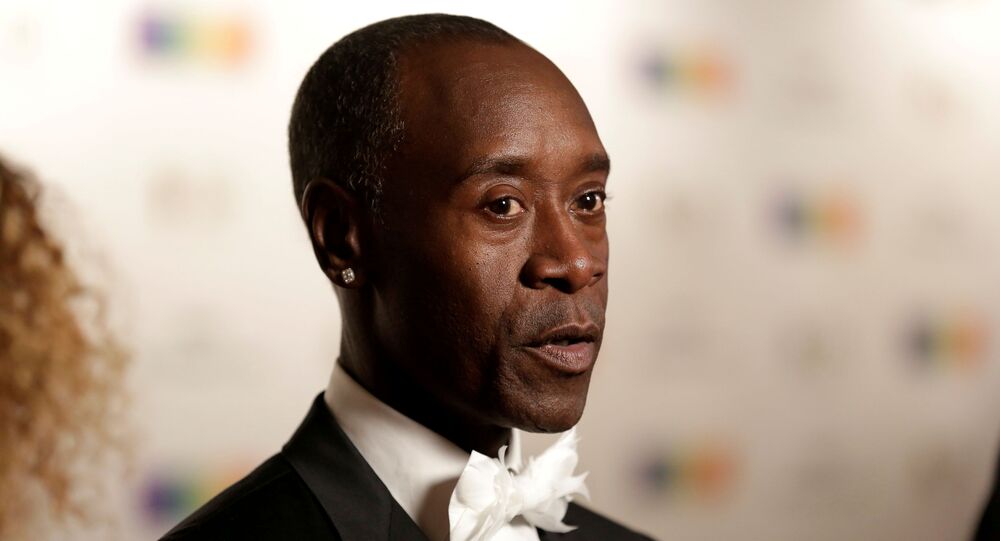 The 56-year-old actor was nominated for the Outstanding Guest Actor in a Drama Series category for his brief work reprising his role as Colonel James Rhodes AKA War Machine in episode one of the 'Falcon and the Winter Soldier' series.

Hollywood star Don Cheadle must have been pleasantly surprised, just like his fans, when the Television Academy acknowledged his cameo in the Disney+ show 'Falcon and the Winter Soldier, where he appeared only for 98 seconds in the first episode.

The 56-year-old actor has become the only actor who earned an Emmy nomination in the Outstanding Guest Actor in a Drama Series category for such a short appearance.

And here's how Cheadle reacted to the news.

Earlier this week, the actor appeared on The Tonight Show Starring Jimmy Fallon, where he offered another explanation for what many people might have interpreted as a pure coincidence or even a misunderstanding.

“It’s like that concentrated orange juice. You just take a tablespoon and put it in water and stir it around. And it’s Cheadle,” he told during an interview with Fallon.

"That’s how good you are," the host replied.

Surprisingly, the actor has been previously nominated for 10 Emmy awards for his roles in "Black Monday," "House of Lies" and "ER", but never won one.

While some netizens were quick to cheer the actor, there were also people who felt suspicious about the whole thing.