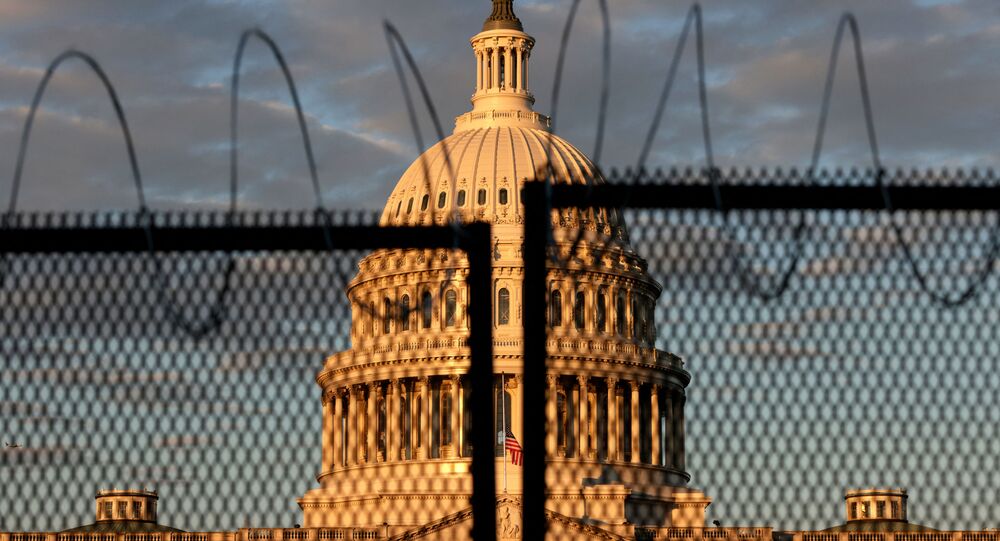 Earlier in the week, excerpts from an upcoming book 'I Alone Can Fix It' by WaPo reporters emerged, claiming that General Mark Milley and some other US top military officials were concerned that the ex-president, Donald Trump, would attempt a coup after losing the 2020 election.

After the former US president responded to "coup" claims made by the chairman of the Joint Chiefs of Staff General Mark Milley in a new book, Trump denied the assertion in a way that made many uneasy, suggesting that Milley would be the last person he would "do a coup" with.

"So ridiculous! Sorry to inform you, but an Election is my form of 'coup,' and if I was going to do a coup, one of the last people I would want to do it with is General Mark Milley," Trump said.

The statement swiftly went viral, with users chuckling at how the former president gave the appearance of actually having mulled a coup if there had been allies who could join him in his devious plans.

Roses are red
Violets are blue
If I was going to do a coup
I’d do it with you https://t.co/180zKIJEJj

If I was going to do a coup, I'd get all the top coupers, the best coupers we have.

Thinking about O.J.Simpson and his "If I Did It" book, in which he offered hypothetical theories on the murders of his ex-wife and her friend? You're not the only one.

"If I Was Going To Do A Coup" (Regnery), by Donald J. Trump. In bookstores this fall.

Thinking of another figure who moved to Florida after a sham acquittal and then made bizarre “if I did it” statements about the crime. He eventually ended up in jail. pic.twitter.com/SfWGD4ljIv

The If I did it dynamic duo pic.twitter.com/DeAP2eNHKa

​Others went further, offering their own list of partners in crime for a coup endeavor, even taking into consideration fictional characters. Who would be a perfect candidate to collaborate in throwing down a government? Dwight Schrute from "The Office"? The "Scooby-Doo" gang? Dwayne "The Rock" Johnson?

If I was going to do a coup I really would only need one person who was a master of disguise https://t.co/yailojljeq pic.twitter.com/Zk6IUUbPaf

the answer is so obvious. pic.twitter.com/7iEpQbHBM3

Trump has me thinking. If i was going to do a coup, who would i do it with?

If you were gonna do a coup who would you like to do it with? Quote tweet yours.

​Some apparently dropped out of the competition. Sad!

Just had an argument with my neighbor, so I insulted them by saying “if I was going to do a coup, then you wouldn’t be invited!”

​Earlier in the week, CNN released excerpts from a book titled 'I Alone Can Fix It' written by Washington Post reporters, in which it was said that General Mark Milley thought it possible that Trump could potentially attempt to carry out a coup after his election loss and compared the rhetoric of the former president with that of Nazi leader Adolph Hitler.