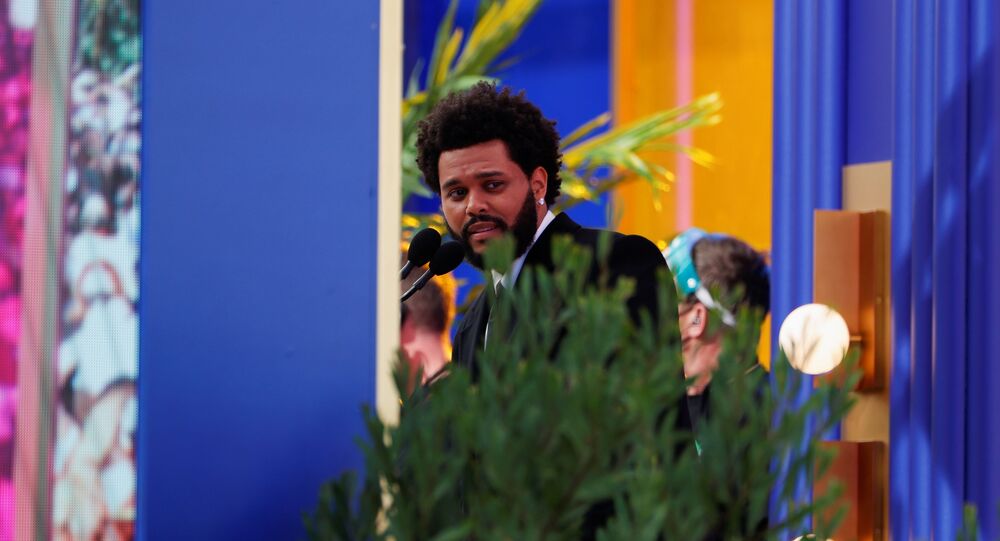 Just Friends?: Angelina Jolie, The Weeknd Add to Affair Rumours After Being Spotted on Concert Date

In recent days, Canadian pop singer The Weeknd has been spotted chilling with Hollywood beauty Angelina Jolie. Earlier this month, the two were seen enjoying Italian cuisine at celebrity-favourite restaurant Giorgio Baldi in Santa Monica in the US. However, they left the eatery in separate cars.

While sources close to Jolie and The Weeknd claim they are "just friends" for now, the two got together to attend a private concert of Mustafa the Poet in Los Angeles on the evening of 12 July, media reported.

Pictures of the rumoured couple have emerged on social media showing the 31-year-old pop singer dressed in a denim-on-denim ensemble walking alongside the 46-year-old actress, who looked chic in a trench coat and nude pink shoes.

​Recently, when the "Blinding Lights" singer, whose real name is Abel Tesfaye, was in New York City, Jolie took her 17-year-old son Pax for a private lunch with the singer.

Sources revealed to the media that Pax is a massive fan of The Weeknd, which prompted Jolie to get the two to meet.

The Weeknd has previously named Jolie in two of his chart-buster songs - "Starboy" and "Party Monster" from 2016.

People familiar with the singer and the actress have not ruled out the possibility of their "friendship" turning into a something more in the coming days, The Sun reported.

Jolie, on the other hand, was married to Hollywood heartthrob Brad Pitt between 2014 and 2019 after long-term dating. The couple separated in 2019 and are now co-parenting their six kids.