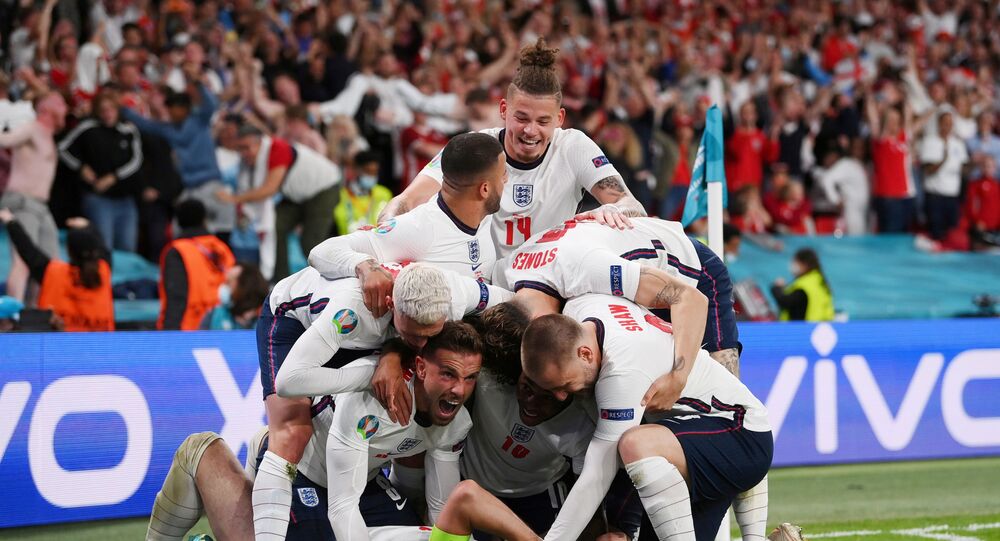 England will face Italy at Wembley Stadium on Sunday as the Three Lions attempt to win their first European championship title ever. It will be Italy's third attempt to nail the final since the nation's 1968 triumph.

Her Majesty the Queen sent a heart-warming letter to England’s football manager Gareth Southgate ahead of the Euro 2020 final on Sunday.

In the letter, the monarch congratulated the team for reaching the European Championships final for the first time since 1966, when they won the World Cup in a match against West Germany, and sent them “good wishes” for Sunday's game. However, some fans mockingly suggested on Twitter that a “hidden message” could be found in the monarch's missive: “it’s coming home”.

​British election analyst Matt Singh looked through the monarch’s message and mockingly suggested that the Queen had all it planned in mind. After other users started doubting his conclusion which got viral in no time, Singh responded with a laugh: “Wow that's a lot of people with no sense of humour”.

England will face Italy on Sunday at 8pm (BST) in what will be the Three Lions’ first attempt to be crowned European Champions and their first fight in major tournament final in 55 years. Her Majesty had something to say in her letter about how big it was for her personally and the whole country to see it “coming home” back in 1966.

"Fifty-five years ago I was fortunate to present the World Cup to Bobby Moore and saw what it meant to the players, management and support staff to reach and win the final of a major international football tournament,” the monarch wrote.

Italy has been more successful than England in this regard. They became European champions at home in 1968 and reached the UEFA finals two more times, conceding to France in 2000 and to Spain 12 years later.