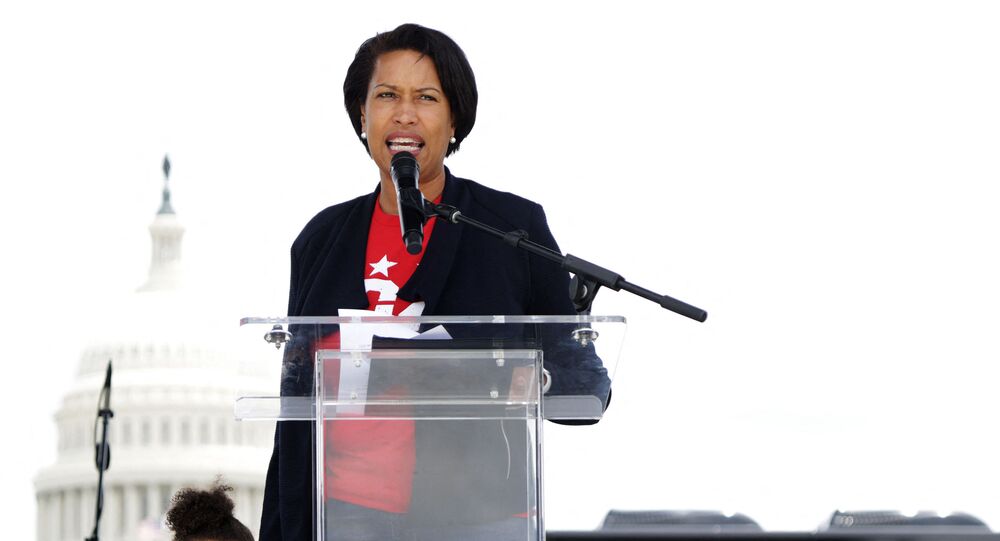 Netizens Dazed After Washington DC Mayor Bowser Posts...Whatever It Was

As the United States continues to celebrate the Fourth of July, the nation's capital city, Washington DC, sees multiple events organized to commemorate the holiday, including the Palisades Parade. Mayor Muriel Bowser attended, as well.

Washington DC Mayor Muriel Bowser took to Twitter on Sunday to share some pictures from the Palisade Parade held in the city to mark America's Independence Day. However, something clearly went wrong, which was not unnoticed by netizens.

In a now-deleted tweet, which Bowser captioned with lines "Thanks for joining us in the Palisades today DC!", there were two photos of the parade and two additional pictures... which could hardly be associated with the celebratory events.

One of the pictures is a photo of singer The Weeknd and Doja Cat, but it was rather the last picture that confused netizens; a cartoon version of anthropomorphised McDonalds, KFC, and Wendy's pictured together in a risque position.

​Many users were quick to suggest that it was likely a staffer who posted the photos, not the mayor herself, but that did not seem to make the situation less awkward. Netizens swiftly "buried" the career of the alleged "intern".

an intern is indeed getting fired

How did that intern tweet that and not notice at first? I don't post without double checking. This was able to get a like before he noticed it 🤣

​But was it really an intern?

​Some , apparently, expected something different to surface from Bowser's - or her intern's - phone.

I thought Bowser would’ve been into super Mario kink.

I did not realize the mayor possessed this level of taste and refinement.

​Others just let their emotions out.

tbh i really wish it wasn’t

​Mayor Bowser never provided an explanation for the pictures.