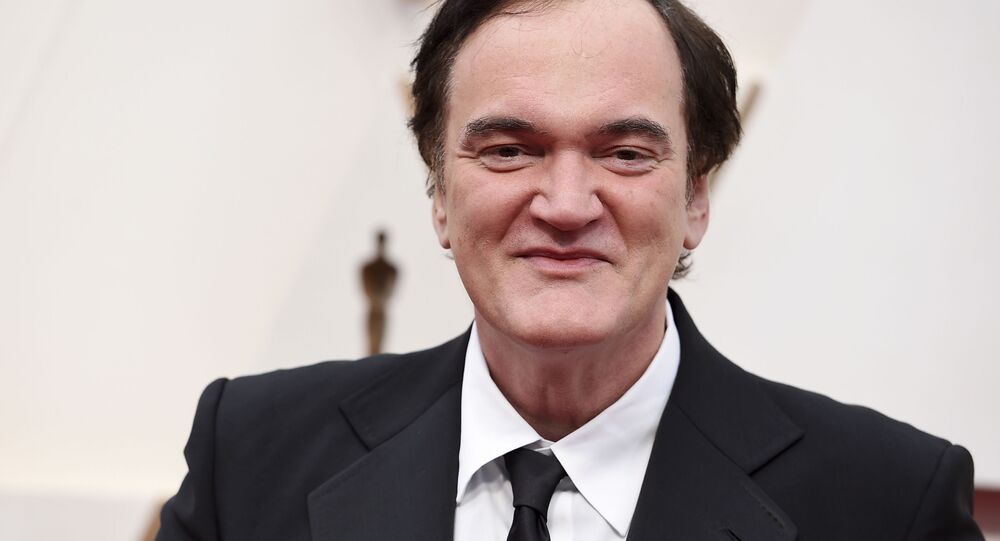 'Suck a D*ck': Tarantino Slams Critics of 'Bruce Lee Scene' From 'Once Upon a Time in Hollywood'

Bruce Lee’s portrayal in the movie in question was reportedly regarded by some as a “racist caricature”, while the martial artist’s daughter claimed her father was presented as an “arrogant a**hole who was full of hot air”.

Famous film director Quentin Tarantino has recently voiced his opinion of the people attacking his depiction of legendary martial artist and movie star Bruce Lee in “Once Upon a Time in Hollywood”, a 2019 comedy-drama film written and directed by Quentin.

During his recent appearance on “The Joe Rogan Experience” podcast, Tarantino gave a piece of his mind to his detractors, making a notable exception for Bruce Lee’s daughter, Shannon Lee.

"I can understand his daughter having a problem with it, it’s her f*cking father! I get that," Quentin said. "But anybody else? Go suck a d*ck."

The scene in question features cocky and arrogant Bruce Lee (portrayed by Mike Moh) challenging stuntman Cliff Booth (played by Brad Pitt) to a fight, only to discover that the latter can hold his own against him.

According to the New York Post, some regarded Bruce Lee’s portrayal in that scene as "a racist caricature", while Shannon claimed that the film presented her father as an "arrogant a**hole who was full of hot air".

Tarantino, however, defended his work, explaining how Cliff managed to "trick" Bruce during the fight, and mentioning that the stuntman had actually "fought in World War II" and possessed actual combat skills.

"If Cliff fought Bruce Lee in a Madison Square Garden martial arts competition, Cliff wouldn’t stand a chance," the director explained. "But as a killer who killed men in a jungle, he’d kill him."