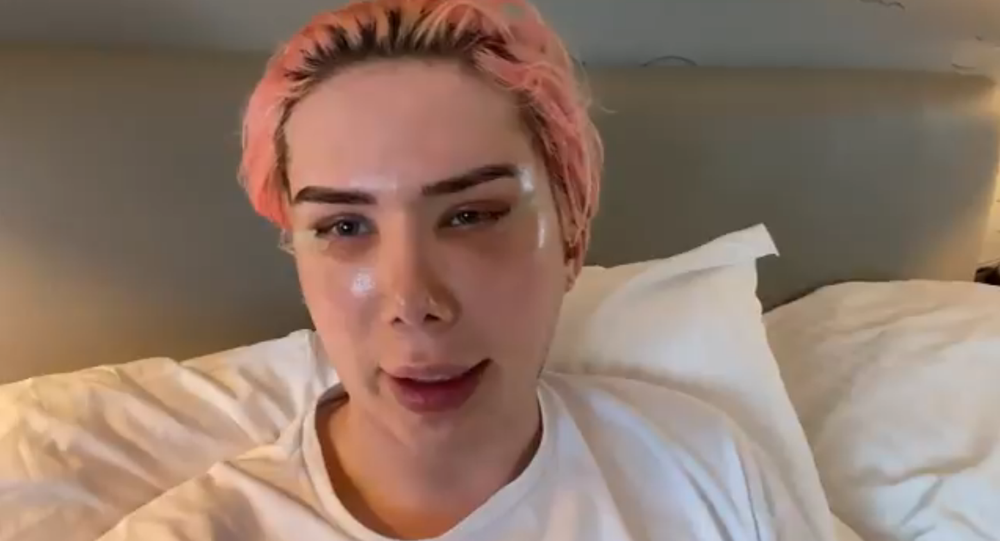 UK-born blogger and influencer Oli London has received a wave of criticism since using "they/them" pronouns and undergoing over a dozen plastic surgeries to look like K-Pop idol Park Jimin, as the former now identifies as "Korean".

Non-binary influencer Oli London shared several videos from a hospital on Monday, showing the latest changes to their appearance and describing the transition to "finally" become "Korean", as this is how they now seek to identify themself.

"Hey, guys! I'm finally Korean. I've transitioned", London said in one of the videos, admitting that it might be "a little confusing for some". "I've been trapped in the wrong body … But finally I'm Korean — I can be myself. And I'm so, so happy".

London also described themself as "transracial", rolling out a Twitter tirade about how the rights of such people should be protected and calling to "STOP TRANSracial Phobia!". They also offered their own "official flag for being a non-binary person who identifies as Korean", a rainbow version of the South Korean flag.

​​Their revelations, however, did not cause much enthusiasm among netizens, many of whom condemned the influencer for attempting to view a nationality as a persona, and argued that one cannot "become Korean" as a result of plastic surgery.

Many suggested that London should seek help, wondering whether their "transition" could stem from a mental illness.

You doing irreversible damage to yourself, you look uncanny, and you obviously need help . Im not trying to make fun of someone who has a lot of problems but this isn’t right. I feel bad for you and I hope one day you find inner peace. Sadly the physical damage already done

Actual Koreans looking at this pic.twitter.com/Y12jgSNCeK

​​Some even offered another way to become Korean.

Literally all you had to do was get a citizenship in Korea and you'd be Korean.

​Others, however, argued that if one can identify themselves as a man or a woman and make corresponding changes to their bodies, then the same thing should apply to people who claim to be "transracial".

all the people saying this guy has a “mental disorder” will be saying he is “so brave” in 2-3 years. 🤣 just keep changing narratives, and opinions on what is morally acceptable. regardless, this is extremely bizzare.

​London's decision to go for plastic surgery apparently stemmed from an obsession with K-Pop singer Park Jimin and a passion for Korean culture. In Twitter rants, London slammed a "woke mob" for "hypocrisy", "racism", and "transphobia", calling on Fox hosts Sean Hannity and Tucker Carlson to "help [them] speak out against the injustice" they and others like them have faced.