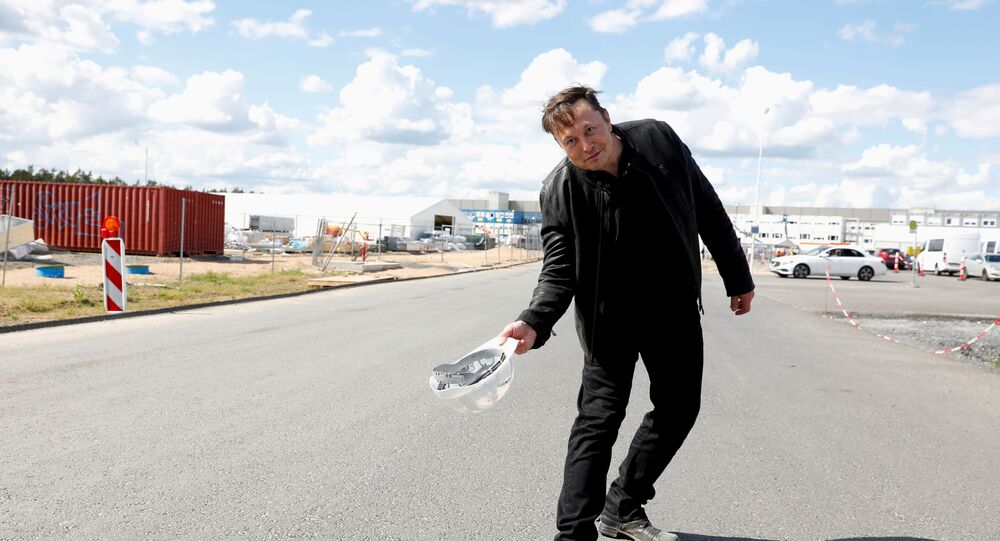 'Sold All His Mansions to Live in a Box': Get a Look at the Tiny $50k Prefab House Elon Musk Rents

In May of last year, the eccentric billionaire revealed his plans to sell his homes and some belongings. Within a few days, two of his California properties were up for sale. In the wake of the recent ProPublica report on his IRS data and alleged tax evasion, these efforts are now being viewed in a new light.

It seems like Tesla and SpaceX CEO Elon Musk – the world's second richest man – has made good on his promise to get rid of his luxury property; he currently lives in a $50,000 rented prefab home in Boca Chica, Texas, where SpaceX produces its Starships.

Earlier this month, in response to a question from a Twitter follower, Musk claimed that he now only owns one house, which is in the San Francisco Bay area of California and rented out for events.

The most interesting thing is that he said he rents his primary residence from his own company.

My primary home is literally a ~$50k house in Boca Chica / Starbase that I rent from SpaceX. It’s kinda awesome though.

Only house I own is the events house in the Bay Area. If I sold it, the house would see less use, unless bought by a big family, which might happen some day.

Musk also said that his current focus is on creating "sustainable energy" for Earth and "protecting the future of consciousness by making life multiplanetary with SpaceX."

However, only five days later, he followed up by announcing that he had sold his last remaining property.

Decided to sell my last remaining house. Just needs to go to a large family who will live there. It’s a special place.

Musk appears to be living modestly in a prefabricated housing unit with just 31 square metres of floor space called a Boxabl Casita —  a foldable, prefabricated home designed for speedy installation and optimal affordability, according to Teslarati. A standard 6x6 metre unit, such as the one supposedly owned by Musk, costs $50,000, which is less than a Model Y Long Range Dual Motor AWD.

#ElonMusk Lives in a Prefab #TinyHouse 🏡 He Doesn’t Even Own, a Boxabl 📦 Casita

It’s real:#ElonMusk’s $50K TX house is a humble prefab home that can be towed by a Model X | TESLARATI https://t.co/8aXvvCSEVB pic.twitter.com/M5ans81Vyj

The Boxabl Casita is long-lasting thanks to its concrete and steel construction, the manufacturer's website says. It can be set up quickly and is easily transported by a Model X.

According to Teslarati, the first reports about Musk's new shelter emerged in November last year, when the prefabricated housing company shared a video inside a unit it had recently completed near Boca Chica, Texas.

Boxabl did say at the end of the clip that the Casita in the video was created for a very special client in Boca Chica who wanted a Falcon 9 poster on the unit's door.

Netizens wasted no time in commenting on the news.

Kudos to @elonmusk walking the eco talk by choosing to live in a 6x6 prefab house by @_BOXABL (I'm sure there will be a sky high jump in interest due to Elon's effect.)

Maybe @elonmusk or somebody of similar resources & interest will start a business (in TX perhaps?) developing high quality, luxury prefab houses with the aim of reducing home construction cost by 100x over the next generation. Think what he did for electric cars and space travel https://t.co/PnqMOJbGA9

Well since he lives in a modest $50k pre fab @_BOXABL home near Starbase, wouldn’t this @spacex dragon 🐉 capsule be a perfect mobile office. @elonmusk pic.twitter.com/6QSBWFCyl1

Elon Musk sold all his mansions to live in a box😂https://t.co/pzHtESQl1Q

Normal person: I live in a mobile home.

Elon Musk: I live in a mobile home.

According to a recent ProPublica report, some of America's wealthiest people, including Musk, Amazon CEO Jeff Bezos, and Berkshire Hathaway Chairman Warren Buffett, have paid little or no income tax in contrast to their wealth. Musk himself reportedly completely evaded federal income tax in 2018.

Following the revelations, Musk tweeted that he will continue to pay income tax in California in proportion to his time there, which "is and will be significant". Last year, he relocated to Texas.