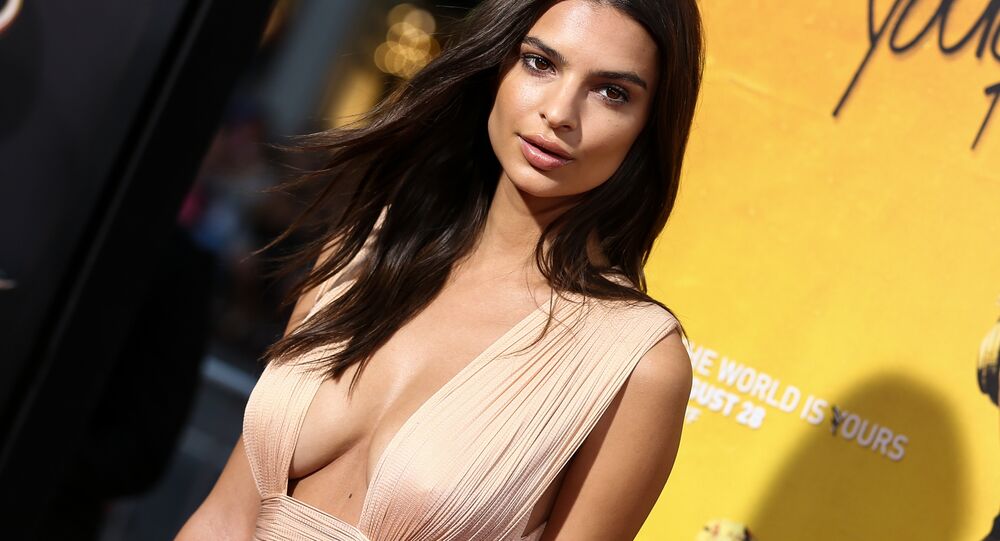 The 30-year-old model, who has worked for such fashion powerhouses as Dolce & Gabbana, Marc Jacobs, and Versace, launched her swimwear line Inamorata (“in love” in Italian) in 2017. She frequently posts saucy photos of herself to promote her company.

Emily Ratajkowski has showed us what it means to prepare one’s body for summer. The American model, who became a mother three months ago, has posted racy photos of herself on Instagram to promote Inamorata’s new swimwear collection. Last week, she tantalised her subscribers with a series of photos where she appeared in a leopard swimsuit adorned with flowers.

It seems she has now decided to up the game and posted images showing her in the same swimsuit, but topless.

The posts received thousands of likes and a torrent of positive comments, with users praising the model’s looks.

"You look gorgerous", wrote one user.

"Girl, you’re the sexiest woman in the universe", wrote another.

But Ratajkowski’s posts don't always receive positive comments. Earlier this month, she drew a barrage of criticism for a photo where she was holding her baby without any neck support.

Many users called her a bad mother, while others claimed she was using her child as an accessory. In March, the model sparked a wave of indignation after she wrote that she and husband Sebastian Bear McClard won’t know the gender of their firstborn until the child turns 18 and makes its own decision on the issue.