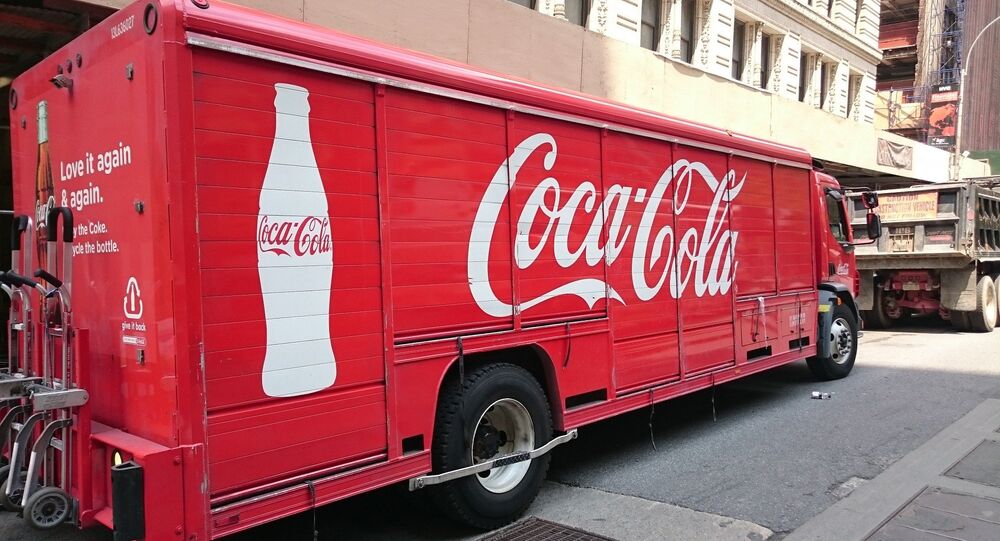 'Ronaldo Effect': Coca-Cola Gets Snubbed Once Again at Euro 2020

Commenting on the footballers’ actions, a number of social media users wondered aloud about how Coca-Cola might react to such behavior.

At least two footballers at the 2020 UEFA European Football Championship have apparently taken note of Cristiano Ronaldo’s actions at a recent press conference held prior to Portugal’s match with Hungary on Tuesday.

During said press conference, Ronaldo, who is well known for following a strict diet, deliberately moved aside the Coca Cola bottles that were placed near his microphone, with him then taking a water bottle that was also set there and waving it at the media, saying: "Drink water!"

Afterwards, Italian footballer Manuel Locatelli snubbed Coca Cola – one of the official sponsors of the championship – in a similar fashion, moving Coke bottles aside and placing a water bottle in front of him at his press conference.

​Scotland’s John McGinn, however, has taken a more lighthearted approach when he arrived at his press conference and noticed there were only water bottles set near his seat.

“Nae Coke?” McGinn inquired, laughing and taking a swig from one of the bottles, likely making a reference to Ronaldo’s stunt.

🗣"Any coke?" 🤣#SCO John McGinn paying tribute to Cristiano Ronaldo after he removed 2 bottles of Coca-Cola before his #POR press conference the other day @jmcginn7 pic.twitter.com/dykFqWAao5

​Locatelli’s and McGinn’s actions have apparently left quite a few social media users amused, with netizens jokingly speculating how Coca Cola might react to this.

Coke after puttin their bottles on display .😩 pic.twitter.com/Bb338xuOhU

Nightmare event for coca cola. How many more footballers would do that?

One social media user even used the phrase “Ronaldo effect” when commenting on a video showing Locatelli’s treatment of Coke bottles.

There were also those, however, who argued that the UEFA needs to do something about players performing such deeds behind the backs of their sponsors.

UEFA needs to handle this issue with players denigrating their brand sponsors. Sponsors put in the money to see their brands go places, not to take it off table.

Ronaldo did it with Coca-Cola, Pogba did it with Heineken and now Locatelli. Absolutely disrespectful.

Coca Cola has seen its market value tank by about $4 billion in the wake of Ronaldo’s move.

"The coincidental drop in Coca-Cola's stock could very well be a spurious correlation to the comment made by Cristiano Ronaldo," Nicholas Johnson, equity analyst at Morningstar, said as quoted by Business Insider. "Celebrities do play a role in the positioning of brands in consumers' minds, but the extent of this is much more limited for an iconic brand like Coca-Cola."