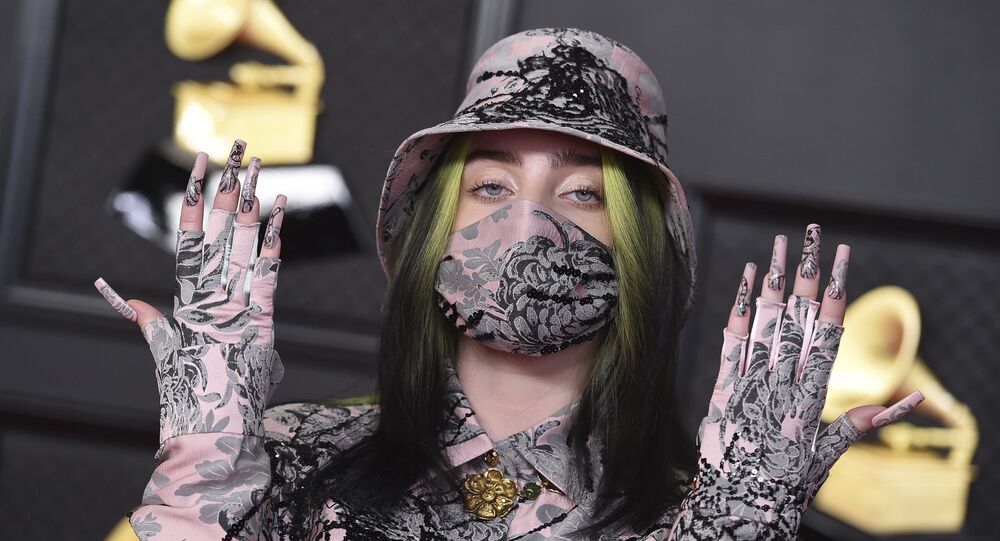 Racism & Queerbaiting: Why is Billie Eilish Under Fire?

American singer and songwriter Eilish, the youngest person to win a Grammy, has long been perceived as a teenage icon. But in the recent months the musician has found herself under increased scrutiny…

Racism and queerbaiting are just two things teenage star Billie Eilish has been accused of recently after an undated clip showing her mocking an Asian accent, as well as using a Chinese slur, resurfaced online.

The video in question, the authenticity of which cannot be confirmed, went viral this week after being shared on TikTok by user @lcxvy. The singer apparently uses the “ch*nk” word (an offensive term used to refer to people of Chinese descent), while also speaking with a “blaccent” – a stereotypical portrayal of an African American manner of speech.

Moreover, in the footage, someone strongly resembling Eilish makes fun of the Asian accent.

oh naur this isn’t gonna work for me pic.twitter.com/BoHil3HeAl

Unsurprisingly, the video has landed the singer in more hot water; she's already been called out for allegedly dating Matthew Tyler Vorce – an actor repeatedly accused of making homophobic and racist statements.

After the clip was shared on Twitter, many rushed to claim that the "gross" 19-year-old singer has been “racist on multiple occasions."

billie eilish mocking black and asian accents is so gross 😐

are ppl only just finding out billie eilish has mocked asian accents in the past and has said chink,now😐

billie eilish has been racist to asians on multiple occasions (saying the c slur and mocking asian languages) but no one ever talks about it.

This comes just after few days after the pop icon was accused of queerbaiting – another modern day term describing “a marketing technique used to attract queer viewers”  in which people hint at same-sex romance without actually depicting it.

The accusations spawned when the singer, who is generally believed to be heterosexual, shared a bunch of behind-the-scenes snaps from her new Lost Cause video. The post, captioned “I love girls,” showed Eilish being really touchy and intimate with other females from the clip. Many fans were left confused – but even more were left frustrated:

“I really hope this isn’t queer baiting…” one follower wrote.

“Funny she posting this in June, pride month. Bestie you better not be queen baiting,” another commented.

So far this hasn't been the easiest month for the seven-time Grammy Award winner.