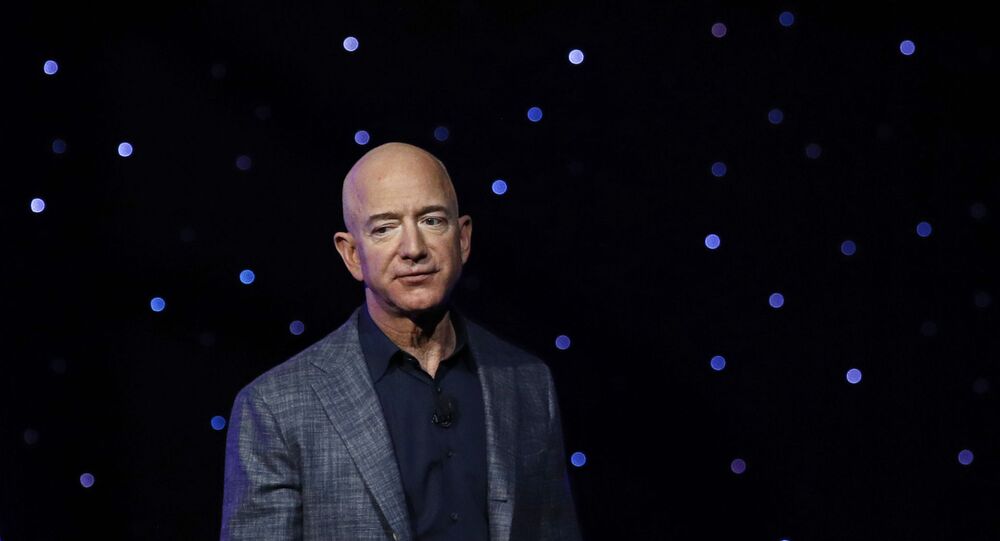 Last week, the Amazon CEO announced that he would be travelling to space aboard his private space company Blue Origin’s first manned flight together with his brother and the mystery winner of an auction for the remaining seat on 20 July. The announcement has already sparked an endless cycle of memes and jokes interspersed with the odd well-wish.

The appeal, created by user Jose Ortiz, accuses Bezos of “actually” being Superman archnemesis Lex Luthor, “disguised as the supposed owner of a super successful online retail store,” and claims that the billionaire is really “an evil overlord hellbent on global domination.”

“Jeff has worked with the Epsteins and the Knights Templar, as well as the Free Masons to gain control over the whole world. He’s also in bed with the flat earth deniers; it’s the only way they’ll allow him to leave the atmosphere. Meanwhile our government stands by and lets it happen,” the out of this world appeal adds.

The tongue-in-cheek petition has been signed by over 7,500 people since being created last week, with signatories urging Bezos to “take Elon” Musk and Facebook CEO Mark Zuckerberg with him, or calling the Amazon CEO a “cancer upon this planet.” “Send him into the Sun instead,” one user quipped, while another called him a “big drain on the Earth’s economy” and suggested that “he doesn’t belong here.” Yet another user ripped Bezos as “a leech that is hoarding capital while billions starve and struggle.”

The oddball petition is the latest request of Bezos following the 57-year-old’s announcement of his plans to become the first person in history to ride his own space rocket into orbit.

© REUTERS / ANDREW KELLY
IRS Investigating Data Leak Showing Musk, Bezos Among Other Richest Americans Evading Taxes
Bezos announced plans to fly to space aboard Blue Origin’s "New Shepard" space vehicle last week, and plans to take his brother Mark Bezos and a mystery third passenger who shelled out $28 million in an auction for the once in a lifetime chance to travel to the cosmos.

The New Shepard will fly to a height of some 340,000 feet above the atmosphere, and is named after Alan Shepard, the first American in space. The spacecraft has been tested over a dozen times to ensure its safety and reliability.

Bezos founded Blue Origin in 2000, with the company planning to offer commercial and tourist flights into space, and working with the US space sector and the military-industrial complex on a number of ventures.

Less than 600 people have been to space since Soviet cosmonaut Yuri Gagarin’s historic spaceflight in April of 1961. Caught up in the optimism of the epoch in which he lived, Gagarin and his colleagues envisioned space travel as a means for humanity to explore our Solar System and the galaxy in general and allow us to eventually escape the bounds of our captivity on our blue planet, a vision that stands in stark contrast to Bezos’s commercial profit-oriented approach.

Bezos is regularly listed as the world’s richest man and has a total net worth of $177 billion, according to Forbes. He retained the top spot in the billionaires list notwithstanding a costly divorce from his wife MacKenzie Scott, who received a $38 billion settlement in 2019.