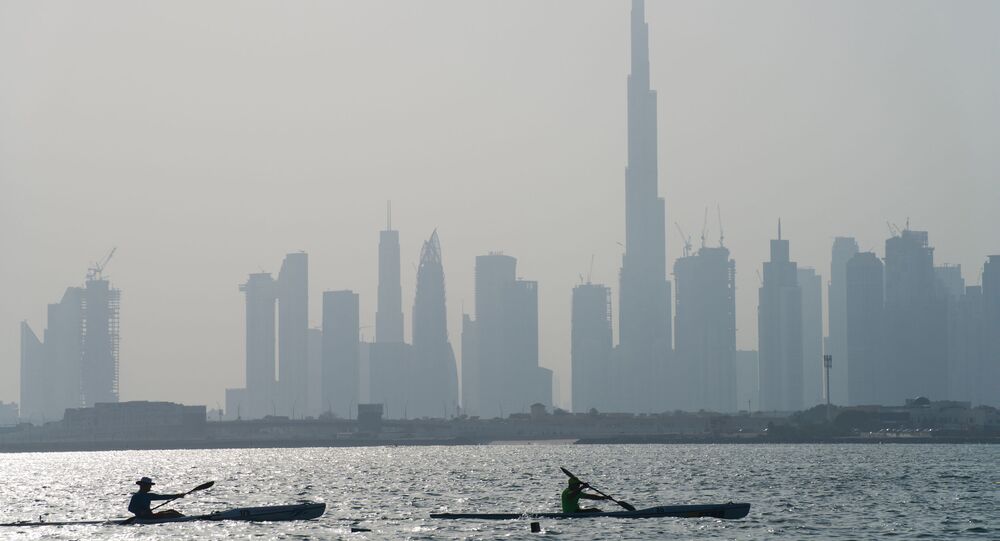 ‘The World Islands’, a bizarrely shaped archipelago of artificial lands set to imitate our planet’s map, was launched as a project just off the coast of Dubai in 2003 and is soon to be halted because the project has fallen into financial difficulties.

When the TikTok community finally discovered the United Arab Emirates’ ‘The World’ archipelago on maps a flurry of conspiracy theories swamped the video-sharing app.

Dec 14 - The World Islands in Dubai. This archipelago is made of artificial islands resembling the world. #EngineeringAdventCalendar pic.twitter.com/vhBXGHss3K

The trend started last year when TikTok user Aysia Thomas came across the group of artificial islands - most of which are named after the globe's countries - asking her followers to explain to her “what the hell is going on".

“There are all of these duplicate countries, and provinces,” Thomas was heard saying in a clip as she zoomed in the Snapchat map showing territories just off Dubai.

The World or The World Islands, located in Dubai, is an artificial archipelago of various small islands constructed in the rough shape of a world map, located in the waters of the Persian Gulf, 4.0 kilometres off the coast of Dubai, United Arab Emirates pic.twitter.com/vYDsaAHcWX

The video that was shared under the hashtag #conspiracy, was liked more than 90,000 times on the platform as many of the users rushed to share or wallow in the girl’s shock. Many gave their own explanations for the peculiar construction: according to some, the archipelago was just the perfect safe spot for people to relocate “when the apocalypse happens once the new strain of corona comes up.”

Others suggested that it was the work of the well-known and busy illuminati community – rather than Dutch constructors – who were behind this “alternate universe.”

The World or The World Islands, is an artificial archipelago of small islands constructed in the shape of a world map, located in the waters of the Persian Gulf, 4.0 kilometres off the coast of Dubai, United Arab Emirates.
There is Malaysia👌🏻 pic.twitter.com/8qLxBxkxFy

The archipelago’s construction, halted in 2008 during the financial crisis and resumed only partly with “The Heart of Europe” project, is still sparking a conspiracy vibe on social media even after all these years. TikTokers just don’t want to believe the islands were built for the simple dual purpose of bringing joy and earning some big bucks from international investors. Thus, there are many who are still trying to unveil the governments’ secret “plans".