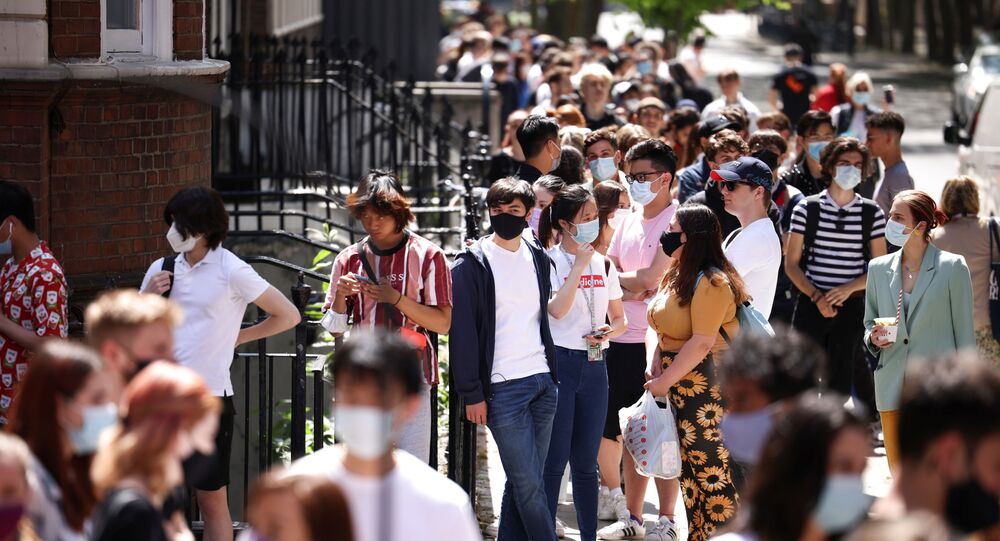 Government ministers have argued that an extra four weeks would buy time to vaccinate more of the population as the Delta variant of COVID-19 continues to spread. But lockdown sceptics warned that was a a slippery slope to further extensions.

Reports that the British Government will delay the last stage of lifting the COVId-19 lockdown have drawn strong reactions in the press and social media.

Prime Minister Boris Johnson was set to announce on Monday evening that the fourth and final phase of relaxing restrictions will be pushed back from 21 June to 19 July.

Government sources said keeping nightclubs and music events closed and limiting attendance at weddings and funerals would buy time to fully vaccinate more people as the more-contagious Delta or "Indian" variant spreads through the population.

​Protesters gathered outside Downing Street on Monday afternoon in opposition to the move.

Mark Harper, chairman of the Conservative backbench COVID Recovery Group of some 70 lockdown-sceptic MPs, was unconvinced that the extension would only last four weeks — if the government's excuse of giving more time to vaccinate was taken at face value — a view echoed by Spectator associate editor Toby Young.

​But left-wing voices blamed the government, for among other things failing to close the borders during the Brexit transition period.