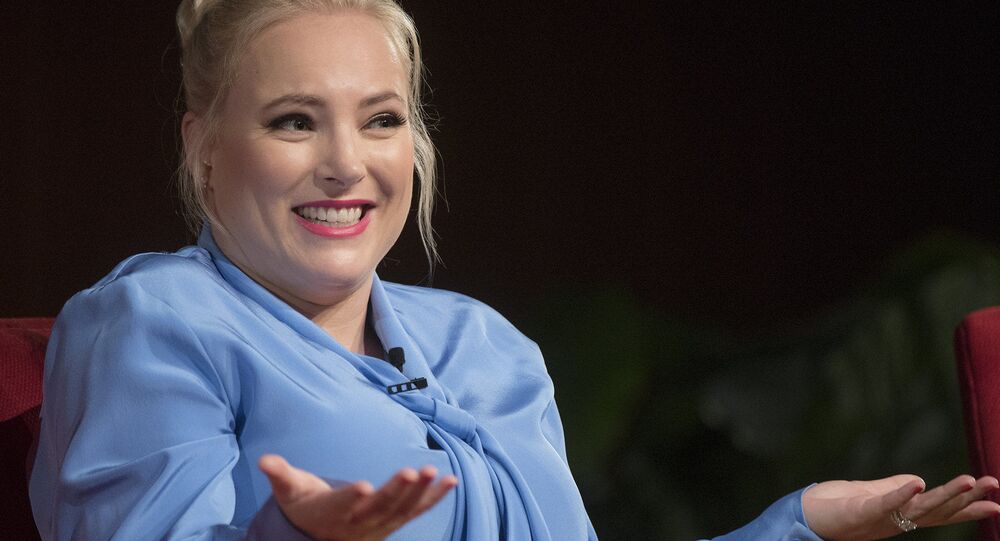 The US vice president, whom Biden appointed to be in charge of dealing with the immigration crisis, has been facing criticism for months from both sides of the aisle over failing to show up at the US-Mexico border to assess the situation on the ground with her own eyes.

The Friday edition of ABC's The View daytime show has made waves online after one of its co-hosts Meghan McCain, the daughter of late Senator John McCain, alleged that US Vice President Kamala Harris "sounded like a moron" during her 7 June interview with NBC.

.@SenJoniErnst tells @TheView it’s “imperative” that Vice Pres. Harris visits the U.S.-Mexico border: “The longer she waits, the harder it is for her to explain why she hasn’t gone to view this crisis herself.”

McCain specifically criticised Harris for once again dodging questions about her refusal to visit the US-Mexico border to assess the situation with rampant illegal immigration there. During her conversation with NBC's Lester Holt, Harris insisted that she does not discount "the importance of the border".

However, the late senator daughter's comments did not go down well with all of the viewers. Some of them supported her views, claiming they have never doubted that Harris not only sounds like but actually is a "moron".

Sounded? Pretty sure she is one

Tell us something we didn't know.

Most netizens, however, condemned Meghan McCain's comment, noting that such a description better fits The View co-host rather than the US vice president.

“Sounded like a moron” … really?! Has Senator McCain’s daughter ever watched her tantrum laced performances on #TheView ?! #IJustCantYall pic.twitter.com/0QBhbH0rta

Moron? How can Meghan McCain call anyone a moron when some of us think she doesn’t have a grasp on reality herself. If you want respect you really do need to give respect. It’s immature and childish to name call someone much more accomplished than yourself. Poor Meghan.

Several Twitterians found the daytime show host's criticism of Harris "ironic" since she had previously been quite vocal about her intention to vote for Joe Biden (and naturally his ticket).

Well I’m sure Meghan voted for this………

Others made their attacks more personal, suggesting that Meghan McCain father's choice of running mate was hardly better than that of Joe Biden. One netizen even suggested that ABC keeps McCain only for her "stupidity", which in the twitterian's view attracts more viewers to the show.

So Meghan McCain really called MVP Harris a moron, after her father chose Sarah Palin to be his running mate? 🙄 @TheView

Meghan McCain is the only reason why I no longer watch @TheView. But I guess #TheView keeps her on because her stupidity gets the show to trend. Being stupid is not a different point of view. https://t.co/bcjj11W6MS