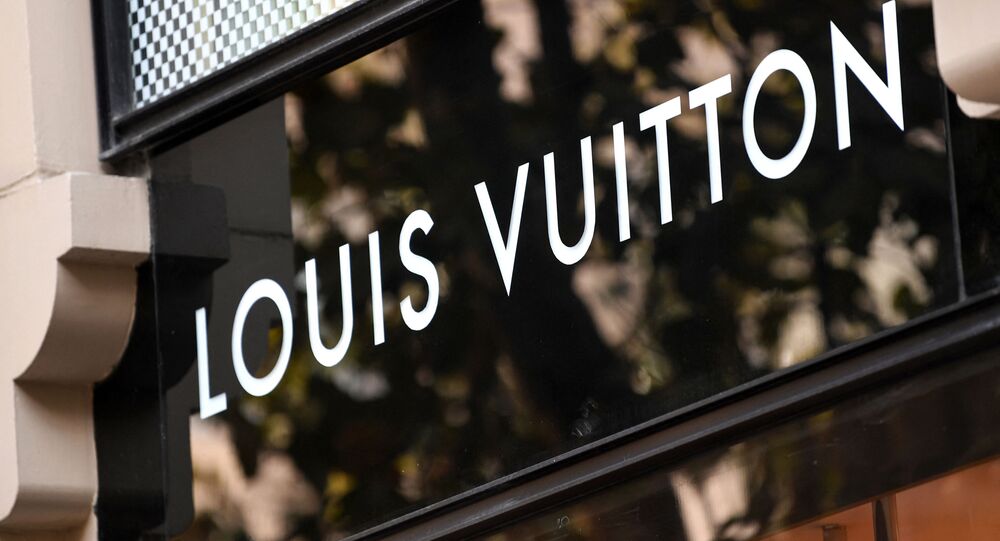 The keffiyeh is a traditional Arabian headdress that has become a national symbol for Palestinians. People in other parts of the world wear it to show solidarity with the Palestinians in their conflict with Israel. The development comes several weeks after the worst spike in violence between the two sides in years.

Fashion brand Louis Vuitton (LV) has reportedly pulled a keffiyeh-styled scarf from sale after being accused of cultural appropriation. The accessory, which LV described as “keffieh stole”, is made in blue and white – the colours of Israel – and includes the brand’s iconic logo. It costs a whopping $705.

Cultural appropriation is a trip. @LouisVuitton shamelessly selling these Keffiyehs for a shocking $705. Absurd!

FWIW, my wife Ayesha is selling Keffiyehs on @EqualEntrance for $25 & donating 100% of profits to Palestinian relief. Hope y'all support & RT.https://t.co/UqEF6KXVqU pic.twitter.com/hD6IT99Zco

​The headdress was advertised as a “timeless accessory” that “creates an easy-going mood”. LV omitted the symbolism of the keffiyeh. After the item went viral, social media was inundated with negative comments, with users accusing the fashion brand of profiting off the "oppressed" Palestinians.

profiting off the oppressed people of Palestine is beyond disgraceful @LouisVuitton why don’t you speak up about the genocide & ethnic cleansing of the Palestinian people #LouisVuitton #kuffiye #FreePalestine #Palestine #bts #ARMY #Gaza #kufiya #keffieh #keffiyeh #Zionist pic.twitter.com/lw0ZMuyHeU

Absolutely disgusting @LouisVuitton Cultural appropriation of a land under oppression and using the colours of the oppressors! No info about its history either! #PalestineWillBeFree pic.twitter.com/gR52yM6O9M

Louis Vuitton is making profit of the keffiyeh and making their own design. This is cultural appropriation and a disrespect to whats happening in Palestine right now. #BoycottLouisVuitton #Palestine#SavePalestine pic.twitter.com/wlK1a4SrNd

​Still others drew attention to the high price of the accessory.

How the heck do companies charge that sort of ridiculous price for a scarf? Regardless of being a fashion brand or not, there is no justification for charging people stupid prices, just due to branding!

​However, there were those who said there was nothing wrong with LV’s product.

It seems logical that the first clothing was invented in Africa. So all white people should get naked. This thought is far more sensible than accusing Louis Vuitton of cultural appropriation for that scarf.

If you look far enough and wide enough you’ll find Mercedes didn’t invent the three pointed star, Adidas didn’t invent three stripes, but you have to find records of them and that’s what is usually lacking. Imitating ethnic motifs isn’t anything new. They copy from each other.

Louis Vuitton is not the only fashion brand that has drawn the ire of social media users. Fendi has also faced a barrage of criticism

Louis Vuitton stopped selling their Keffiyeh yesterday and removed it from their website. Do you STILL think exploiting Palestinian suffering, with a $1000+ Keffiyeh, is a good idea?

Millions - and the families of 220 dead Palestinians - would like to know? pic.twitter.com/t677Ifjz2V

​A Palestinian-owned streetwear brand KUVRD has called for boycott of the fashion brand for what it said was commodification of Palestinians’ “national symbol of resistance”.

The development comes several weeks after the worst spike in violence in years between Israel and Gaza-based Hamas militants. As a result of the 11-day hostilities, more than 250 Palestinians were killed, including 100 women and children, while more than 2,000 were wounded. 13 people were killed in Israel in rocket strikes, including two women.