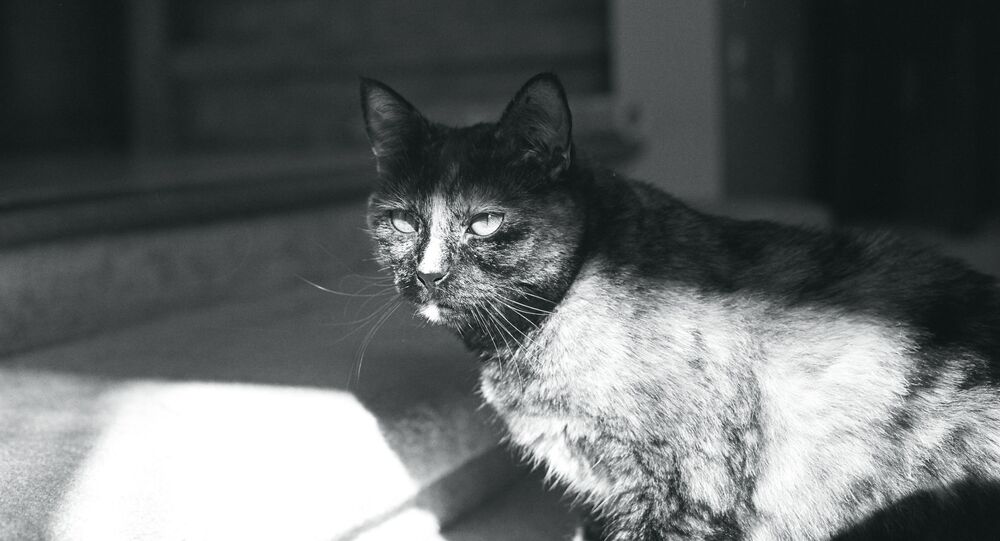 Earlier in April, the first lady of the United States, Jill Biden, announced that a new pet would soon move into the White House, and it would be a rescue cat. The presidential family already has two dogs: Champ and Major.

White House Press Secretary Jen Psaki on Thursday revealed she has nothing to share about the cat anticipated to join the White House pet family, raising some eyebrows among those who would rather hear updates on the coronavirus origin investigation or the so-called 'Faucigate' - a release of thousands of emails written by America's top infectious disease expert at the beginning of the pandemic.

"I've been joking ... that we're waiting for a bad news day for that to come out... I don't have any update on the cat", Psaki said when asked about when the feline would appear in the White House.

​Netizens swiftly argued that the "cat question" - or, as some put it, "catgate" - should have been replaced with questions related to the recent cyberattack on the meatpacking company JBS, the coronavirus pandemic or the release of bunch of Fauci's old emails.

The latter particularly sparked passions in some who criticised Fauci, the White House medical adviser to the president and the director of the US National Institute of Allergy and Infectious Diseases, for the contents of the communications, as some claimed that he "lied" about the pandemic, COVID drugs and the necessity of masks. Fauci previously has noted that the emails were "taken out of context".

Psaki answers hard hitting question regarding when Biden's cat will move into the White House. pic.twitter.com/MbbhJ4k0dX

The fact that White House reporters preferred to ask Psaki about the incoming cat appeared to anger some users - among them even Psaki's ex-counterpart, Trump-era spokesperson Kayleigh McEnany, who mocked the question as "hard-hitting".

​Others immediately recalled Psaki's favourite catchphrase, even though the press secretary did not use it this time. However, there were people who decided to poke fun at McEnany.

She can’t even circle back on the damn cat🤦🏻‍♂️

​Some users moved to name the cat "COTUS" as for "cat of the United States".

No update on the First COTUS (cat of the United States), per @PressSec.

Others expressed outrage. A couple of netizens even suggested that perhaps "cat" is a code for something... or someone.

REPORTER: “Excuse me, Excuse me”. PSAKI:” Yes I know, you’re gonna ask about the fact that the Wuhan Oab killed millions and millions of people”. REPORTER: “No No… any update on The White House Cat”?

We're about to lose the republic and the White House press corps is all about the cat. https://t.co/3DzmJ7tYnu

Is "the cat" code for Kamala maybe? I bet she doesn't have an update on her either.

​One could even use imagination and fantasize about the possible news cycle and how some media outlets would cover it.

"President Biden promised progress on a White House Cat. It's not going according to plan." https://t.co/EDd1WFuThl

The White House cat news cycle is the new Infrastructure Week and I'm not sure it is an improvement.

​The news about the cat emerged earlier in spring, when the first lady of the United States, Jill Biden, announced in an NBC interview that the presidential family would soon welcome a feline member, who will join the two dogs, Champ and Major.

However, there is still little information about the new pet, since the president's wife has only revealed that it is a female rescue cat. The rest is apparently a mystery, even to Psaki.