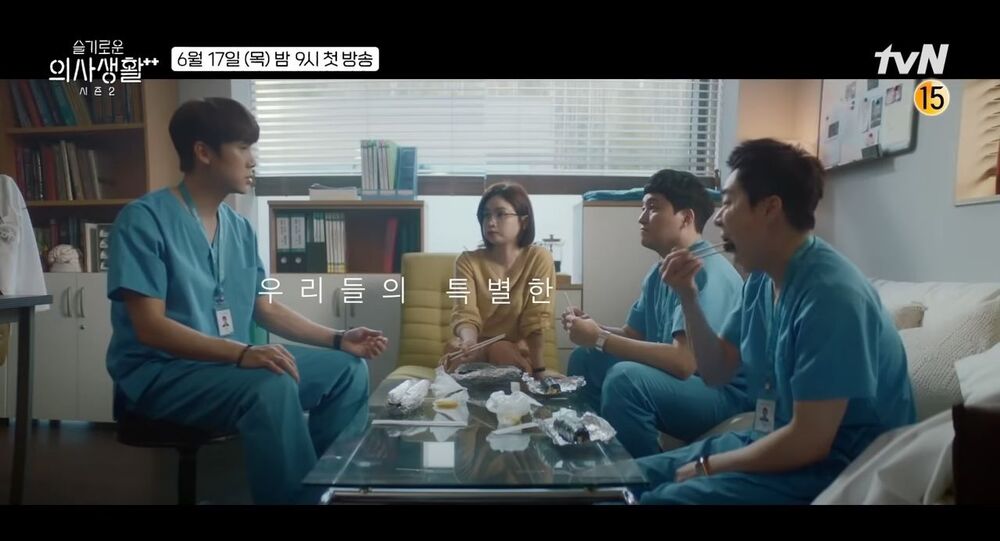 In contrast to the American way of making TV dramas, where a successful series can keep going for a number of seasons, Korean television dramas are rarely recommissioned.

South Korean channel tvN on Friday released a long-awaited teaser for the second season of K-Drama “Hospital Playlist” which starts on 17 June.

This TV series follows the stories of five friends, who share a passion for music and also, surprisingly enough, work as doctors in a hospital where they spend every day battling to save lives.

The first season's easygoing plot, as well as the cast and the star duo of director Shin Won-ho and screenwriter Lee Woo-jeong got a warm reception from the TV audience.

The 29-year-old Shin Won-ho already has a successful hit to his name - the “Replay” series which started back in 2012 and gained a lot of fans not only in Asian regions, but also worldwide. The main cast includes performers who are beloved of the audience: Jo Jung-suk, Jung Kyung-ho, Kim Dae-myung, Jeon Mi-do and Yoo Yun-seok. Fans of K-Dramas are going wild with impatience to see what will happen next in the story about their favourite characters played by the country's most-adored actors.