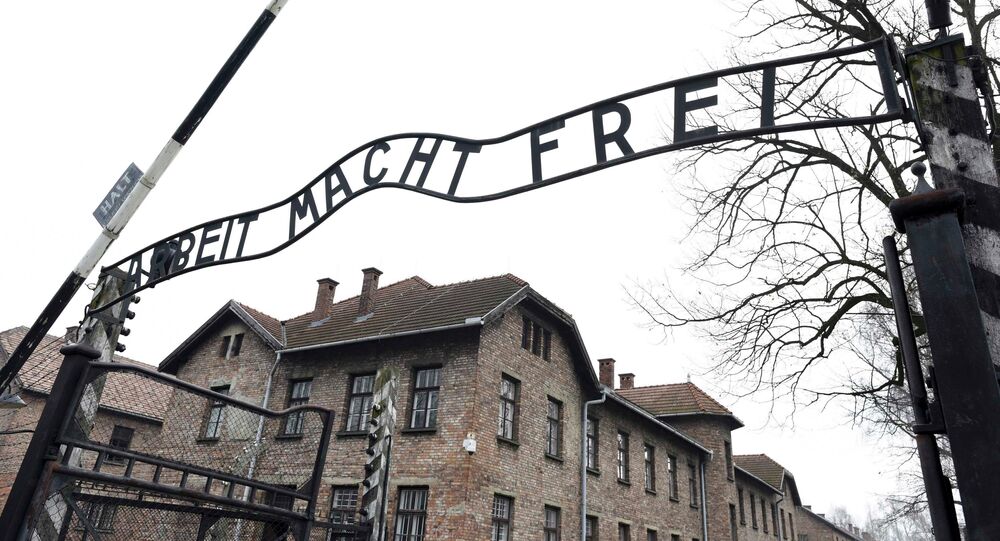 Lily Ebert, 97, who survived Auschwitz, as well as a Nazi "death march" from Poland to Germany, has been using social media to educate the youth about the horrors of the Holocaust.

Auschwitz survivor Lily Elbert was bombarded with Hitler-praising messages on TikTok after posting a video celebrating the Sabbath, the Campaign Against Antisemitism has unveiled on Twitter.

The comments targeting the 97-year-old included “Peace be upon Hitlar”[sic] and “Happy holocaust” [sic], according to screenshots from the account shared by the campaign.

#Holocaust survivor’s Lily Ebert’s @tiktok_uk account, dedicated to asking questions and sharing answers about the Holocaust, was bombarded during #Shabbat with comments praising Hitler. Not one of the Tiktoks has been political nor mentioned #Israel.@DovForman pic.twitter.com/eWaaaKKdYE

— Campaign Against Antisemitism (@antisemitism) May 16, 2021

Another message questioned if Elbert “thinks the treatment of Palestinians reminds her about the treatment she got in the camp [sic],” as people across the world march to oppose the recent conflict in the Gaza Strip.

© REUTERS / MOHAMMED SALEM
Israeli Officials Express Regret Over Destroying Media Building in Gaza, Report Says
After 11 days of conflict that saw an exchange of airstrikes between Israel and Hamas – following tensions over Israel restricting non-vaccinated Palestinians from visiting the Al-Aqsa Mosque in the Old City during Ramadan and evicting Palestinian families from a neighbourhood in East Jerusalem – the two sides announced a ceasefire on 21 May. Over 200 people died in the conflict.

This weekend’s protests in London in support of the people of Gaza have been condemned for burning Israeli flags and holding signs referring to Adolf Hitler, including one saying “Stop doing what Hitler did to you.” There were also reported incidents of anti-Semitic rants and attacks targeting the Jewish community in north London, New York, Los Angeles, Frankfurt, Paris, and other parts of the world.

“Over the past few days my great Grandmother (Auschwitz survivor) and I have continued to receive messages of hate on Tiktok and Twitter,” Froman wrote on 16 May.

“We will not allow this to stop us from educating about the horrors of the past, and what hatred can lead to. Hate only breeds hate,” the 17-year-old stated.

Over the past few days my great Grandmother (Auschwitz survivor) and I have continued to receive messages of hate on Tiktok and Twitter.

We will not allow this to stop us from educating about the horrors of the past, and what hatred can lead to.

​His tweet caused an avalanche of responses with users slamming the “outrageous” and “disgusting” attacks on the Holocaust survivor, who made headlines last year for searching for the family of an American soldier who helped rescue her from the Nazis.

I have no words. This is outrageous. My best wishes to you and your grandmother

I’m so sorry for you and your grandmother. This is disgusting. Sending best wishes to you both

Elbert, who now lives in London, is using her TikTok account to answer questions about the Holocaust, after surviving Auschwitz where she lost her mother and siblings. Following Auschwitz, she was taken to Buchenwald in a brutal "death march" as the Nazis moved thousands of prisoners to the west following the approach of Soviet troops. According to the BBC, Elbert was liberated from the death march in the final days of the war.

In January, she made a “miraculous” recovery from COVID-19, her grandson earlier revealed.