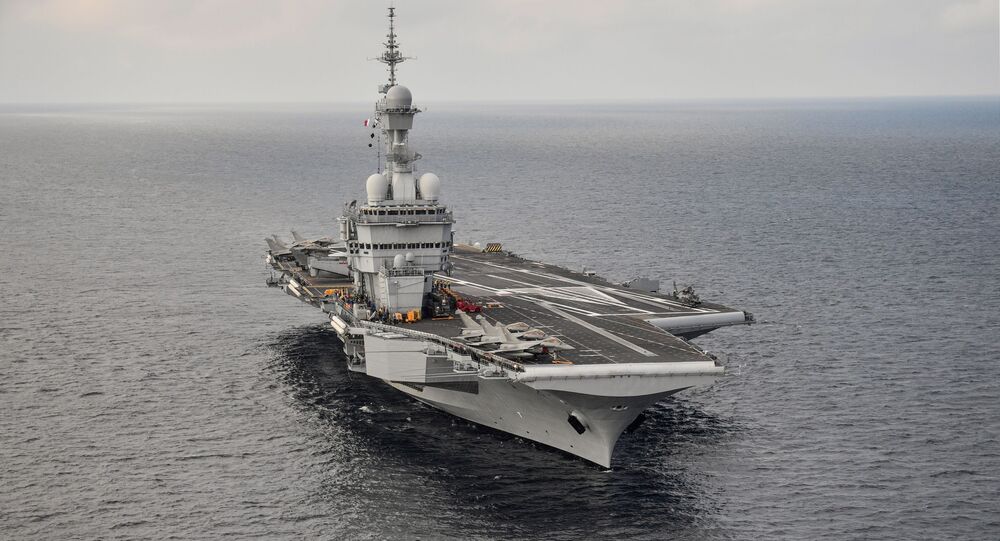 While some social media users seemed amused by the joke photo, there were also those who did not seem thrilled by it.

UK Defence Journal, an independent website “publishing British and international defence news and analysis”, as it styles itself on Twitter, has managed to cause quite a stir online by sharing a particular picture.

The picture, however, appears to have been altered, as the French vessel in it looks much smaller than its British counterparts, and a number of social media users seemed rather amused by this sight.

Is that a sea boat in the middle? pic.twitter.com/tdZK36ei3M

Charles de Gaulle is so tiny compared to ours. Looks like a toy lol

Please! Tell me the French one is the filling in the middle of the magnificent British sandwich?

A number of people, however, were quick to notice the apparent photoshop, with some even pointing at the apparent author of the original joke.

And when UK Defence Journal openly admitted that it was indeed a joke, it evoked a fresh round of humorous comments from netizens.

it was obviously a fake, how could anyone not see you'd made the French aircraft carrier bigger!

Obviously. I'm not saying the CdG is small, but you can hire it for 5 euro for half an hour on a boating lake just outside Marseille.

There were also those, however, who did not seem particularly amused by the photo and by the outlet that tweeted it.

This acccount is not to be trusted. https://t.co/Eftfm6EJ17

Why is a UK defence journal photoshopping photos to make their aircraft carriers look much bigger? This is pathetic stuff. The De Gaulle is 858 ft long while the Queen Elizabeth is 920 ft long. https://t.co/oIU6fS8Ccn