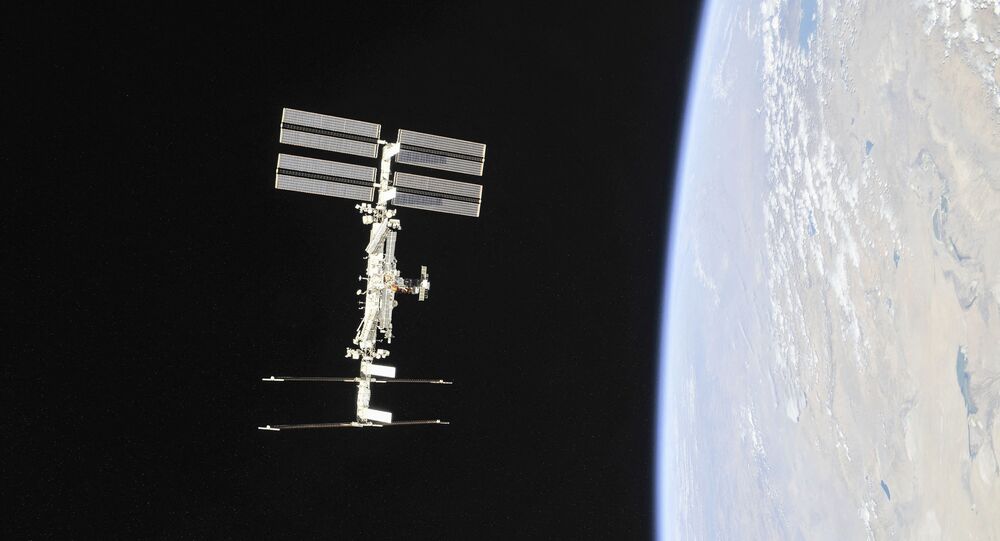 This is not the first time that unidentified aerial phenomena have been noticed near the ISS. Last year, during SpaceX’s historic launch of astronauts, a female viewer noticed an object travelling at a high speed near the ISS.

"Aliens" have made a close approach to the International Space Station, said self-proclaimed ufologist Scott C Waring, who tirelessly seeks evidence of extraterrestrial life. According to him, he made the discovery after watching a live feed from the ISS.

Waring noticed a triangle-shaped aircraft, which he says is undeniable evidence that extraterrestrial life exists. After zooming in on the object he noticed three glowing lights – green, purple, and yellow.

"It is an alien craft. I don't believe this is US Air Force TR-3B [a rumoured reconnaissance aircraft developed by the Pentagon]. I believe this is 100 percent alien. And this was recorded by a multi-million dollar camera on the International Space Station. That makes it undeniable evidence, recorded by NASA themselves on live cam", Waring said.

The self-proclaimed ufologist then draws attention to there being many reports of UFO sightings  of late. He specifically emphasised a video released by Jeremy Corbell that shows a spherical-shaped UFO diving into the ocean off the coast of San Diego. The mysterious object was filmed by US servicemen on board the USS Omaha. The Pentagon later confirmed the authenticity of the video.

Why do "aliens" approach us asks Waring, himself answering the question – they are studying us. He says the ongoing coronavirus pandemic and a potential war against China had resulted in a "living on the edge mentality" that extraterrestrial civilisations are interested in.

"By studying humanity now...dealing with the worst case scenarios, they can determine if we are ready be allowed to expand into the universe or not", Waring said.

Social media users sided with the ufologist and claimed US authorities have been hiding information about UFOs.

"This is similar to all the triangular shaped UFOs. It confirms NASA has always known about UFOs", wrote one user.

"People are living in a fantasy world if they think it's military. UFOs have been around for millions of years. Ancient civilisations have painted and carved them into rock and made artefacts depicting them good stuff. Scott thanks for the video", wrote another.