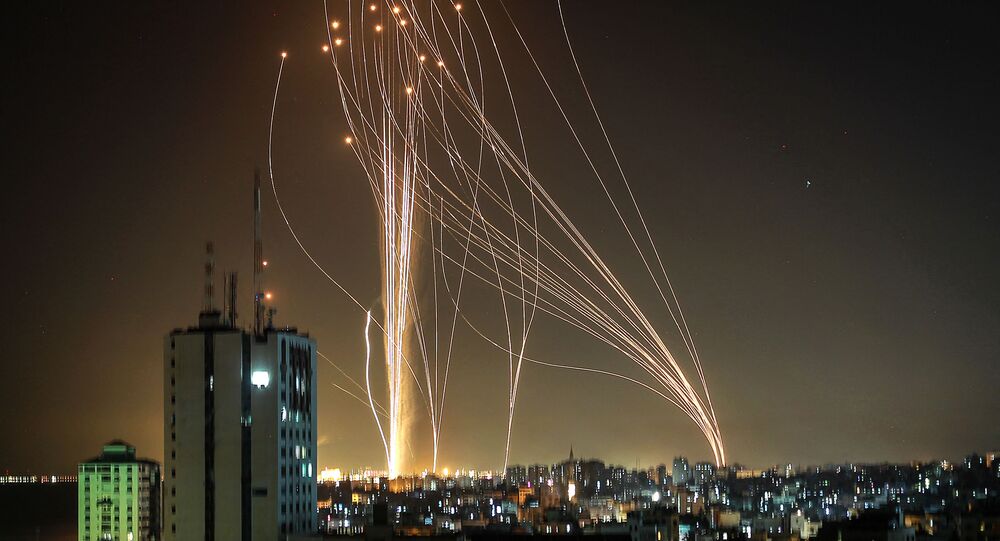 Israel and Gaza-based militant groups have been firing missiles and rockets at each other for a week with casualties growing by the day. Tel Aviv insists that it exercises its right to self-defence, but has faced criticism over the increasing number of underage casualties in Gaza because of Israeli retaliatory strikes.

Sirens have been going off across Israel on a every day over the past week and it's no wonder that Hamas rockets have been on Israeli minds all this time. But the government's official Twitter account took it to a new level by posting a bunch of rocket emojis on 18 May….

… and then some more:

It turns out that Tel Aviv wanted to give tweeters some perspective on how many rockets have been fired at Israel lately (apparently not since 10 May, when the hostilities had started, as otherwise Twitter would probably have banned the account for spamming more than 3,000 emojis in a row).

However, many netizens, even those who support Israel, found the method of delivering the message to be downright inappropriate.

I support Israel and the right of Jewish people to live in its nation, respected and respecting other countries, its own customs and the right to defend and protect its people but this tweet in this moment shows arrogance 🤦🏽 . My humble opinion from Medellin - Colombia 🇨🇴🤝🇮🇱🕊

Many of them suggested that instead of counting Hamas rockets, most of which were intercepted by the Iron Dome air defence system, Israel should have counted collateral casualties of its own airstrikes in Gaza. Netizens specifically suggested the Israeli government count the number of Palestinian children the IDF has killed as it tried to punish the militant group.

Others argued that Israel should do that using not the emojis but real-life photos of hurt and dead minors as they give an even better perspective on the situation on the ground.

A picture is worth a thousand emoticons pic.twitter.com/H2vSrQ1Vl1

Many users of Twitter flatly rejected Israel's opportunity to appeal to people outside the region so that they could understand what Israel has been going through for a week now. They argued that the IDF's response to attacks launched by Hamas and Islamic Jihad can hardly be characterised as the "right to self-defence" - as Tel Aviv puts it - apparently because of the difference in casualties between the two sides.

According to the latest reports, more than 200 Palestinians, including more than 60 minors, have been killed in Israeli strikes against Hamas targets in Gaza Strip. Over the same period, Hamas and Islamic Jihad's rockets killed 10 Israelis and injured 50 more.