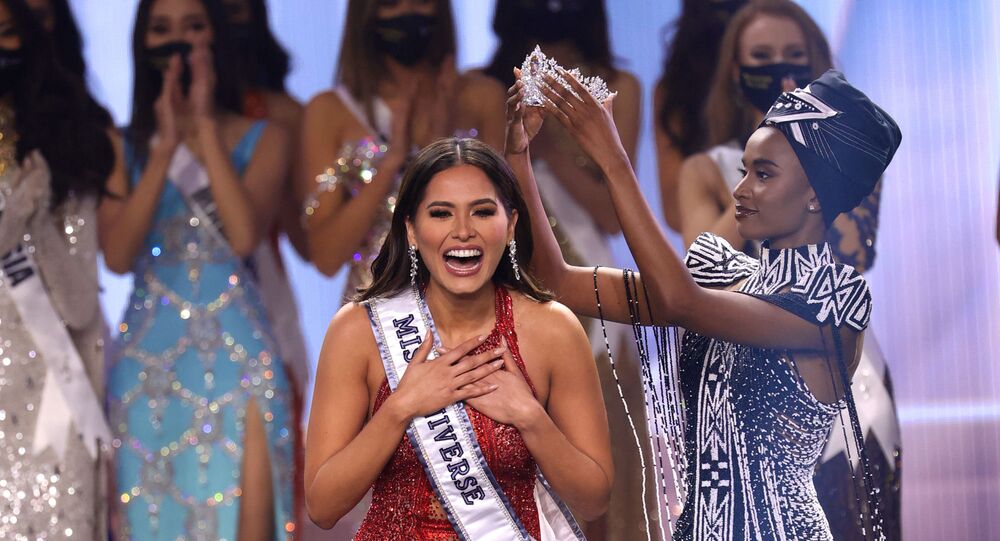 The previous miss universe had held the title since 2019 because last year's ceremony was cancelled due to the pandemic.

Software engineering specialist from Mexico Andrea Meza has won the prestigious Miss Universe pageant, which took place at the Seminole Hard Rock Hotel and Casino in Hollywood, Florida on Sunday.

Meza had to beat out 73 other women representing their countries including Miss Brazil Julia Gama and Miss Peru Janick Maceta Del Castillo, in the top three to claim the title.

The final spot in the Top 10 will be...Brazil! #MISSUNIVERSE

Walking into the Top 10 is...Peru! #MISSUNIVERSE

According to her contestant biography, Andrea Meza not only has a degree in software engineering but is also an activist focused on women's rights, working closely with the Municipal Institute for Women. Here resume also includes being a certified makeup artist and model.

The second to last spot in the Top 10 goes to...Mexico! #MISSUNIVERSE

The pageant was hosted by "Access Hollywood's" Mario Lopez and actor and model Olivia Culpo, who was crowned Miss Universe in 2012.

The crown was fitted on the winner by the previous miss universe, a public relations professional named Zozibini Tunzi, before she walked to the front of the stage,

Tunzi became the first Black woman from South Africa to win the prestigious contest in 2019.