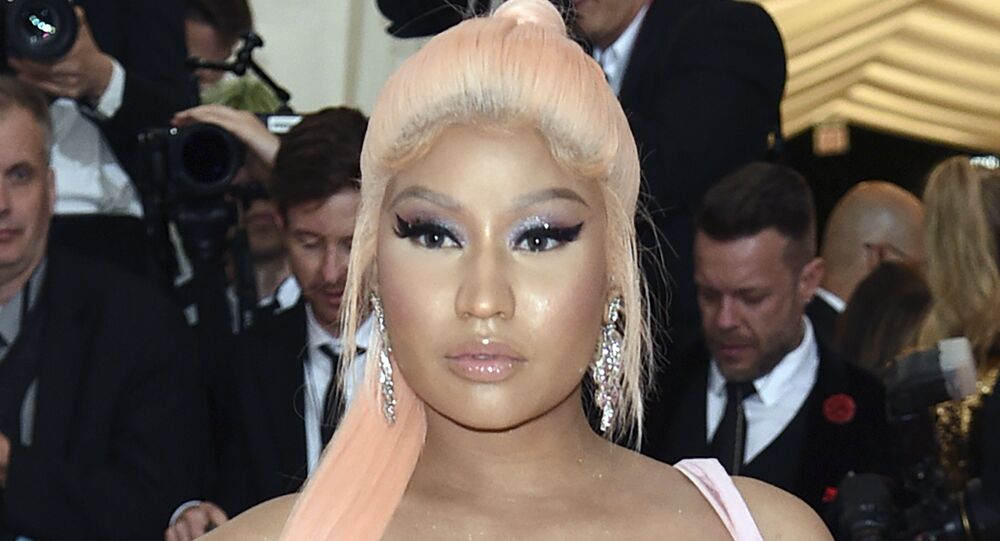 The new re-release of Minaj’s mixtape from 2009 includes several brand new songs of hers, including "Fractions," "Seeing Green" and "Crocodile Teeth (Remix)" with Skillibeng.

38-year-old American rapper Nicki Minaj has heralded the arrival of her latest work by casting off her clothes before her sizeable 135 million-strong social media audience.

According to Page Six, Minaj’s "effort to push new music" comes more than a year after the release of her previous single, which dropped in February 2020, though she apparently has been featured in a number of songs from other artists during that time.

In an Instagram post announcing her "going live" from her "beauty room" on Thursday evening, Minaj posed topless, covering her breasts with her hands.

Earlier this week, she dropped another risqué photo of hers (also apparently touting the aforementioned event), posing practically naked on a desk and using a pair of heart-shaped cushions to preserve her modesty.

When her Instagram Live finally arrived, the rapper has announced the re-release of her 2009 "Beam Me Up Scotty" mixtape, which is now expected to be available on streaming platforms for the first time ever.