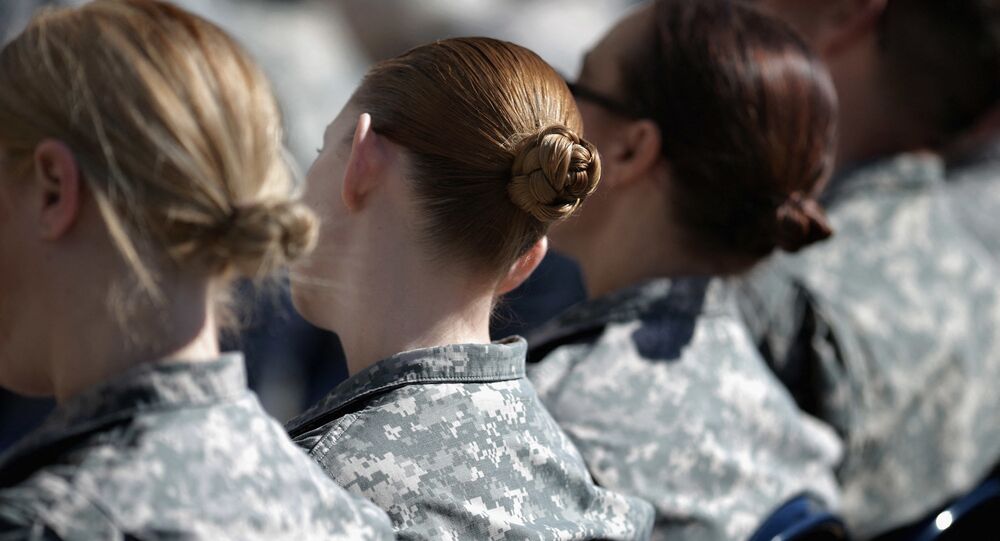 The US Army earlier in the week introduced changes into hairstyles allowed female soldiers, moving to greenlight ponytails and braids. Previously, women could only wear their hair in buns.

The decision by the US Army to add hairstyles for women on duty prompted much feedback from many, with users divided over the move. A handful of critics took to Twitter to slam the reform, bashing changes in army standards and a lack of the same grooming additions for men.

“This new modification is more practical for our female Soldiers. It allows them flexibility in a tactical environment, while maintaining a professional appearance in garrison,” said Sgt. Maj. Brian C. Sanders, Army G-1 Uniform Policy Branch Sergeant Major, introducing the changes. “This change also helps to alleviate hair loss and damage to the scalp.”

Critics moved to label the changes "woke" and accuse the US Army of a lack of discipline and also calling soldiers "whiners".

I am so glad I am retired now. Today’s Army is a joke filled with whiners, those who think there entitled along with many other issues to include the biggest one, a serious lack of discipline, holding people accountable which starts at the top

Pretty soon they going to allow this.... pic.twitter.com/XblxvhX8HK

Say what???? That is how it starts! Let standards down a little bit at a time:( Sad day for America's Army:(

​Some users called for the standards to be equally applied to men who would like to wear long hair and grow beards, particularly pointing at reasons why standards initially prohibited various hairstyles.

Thought the purpose of males havimg short hair was to prevent the enemy from grabbing or pulling the soldiers hair and now women can wear longhair?? 🤨

So I applaud this decision but....there is now no logical reason to disallow long hair for male soldiers. "Relaxed grooming standards" have not caused SF to fall apart and clearly long hair is no longer a tactical issue. Requiring male soldier to have short hair is now unjust.

Ponytails are a big liability during hand to hand combat. But I suppose that is very rare these days.

​Others suggested that the issue of women to be allowed ponytails is not important for the US Army.

Awesome; China is one battleship away from having the largest Navy in the world, and we're solving ponytail issues. Super!

All though I am again greatful for these changes. I really feel there are more pertinent issues that need to be looked at. i.e. hgt gt/ wgt, retention and promotion points, a serious look into the check the block trainings, just to name a few

​A handful of grateful comments also followed the decision, with users praising the move as common sense.

This is awesome and make so much more sense. I can't tell you how many times I had to stop what I was doing because my hair came out of my bun and was below my collar and I had to fix it.

As a male leader who only had to supervise female personnel very rarely, and being retired I don't have a dog in this fight, it seems like something that should have been done literally decades ago. So good on the Army for fixing this.

Earlier in the week, a marketing video by the CIA was blasted online for being "woke". The slammed clip was about an agent named Mija, who described herself as "intersectional" and a "cisgender millennial" who refuses to "internalise misguided patriarchal ideas of what a woman can or should be". The video was criticised by many, including former US State Secretary Mike Pompeo, for touting "diversity and inclusion" rather than the agent's professional achievements.