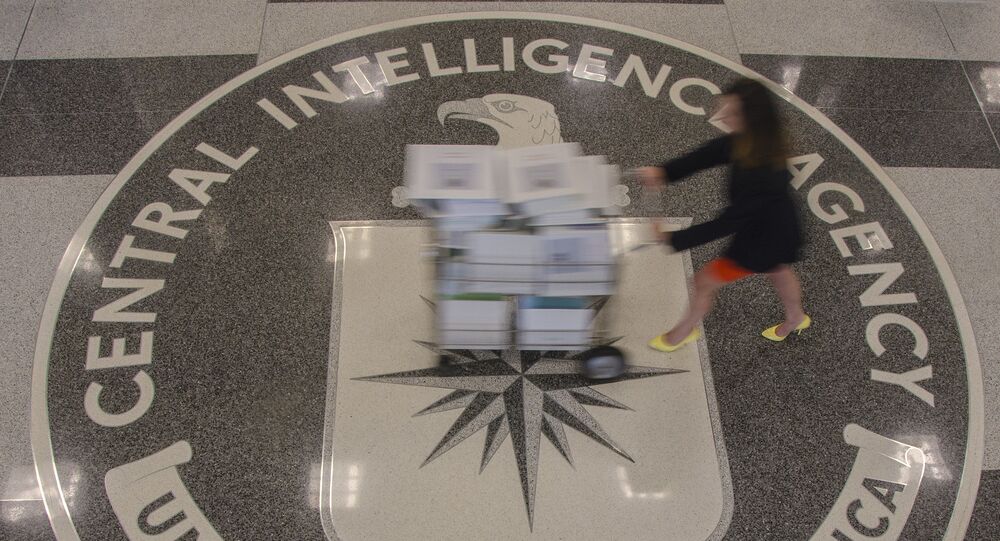 The notorious spy agency's apparent attempt to appeal to a progressive audience did not go over well with some netizens, who pointed at inconsistencies in the CIA's message and ridiculed its "woke" style.

The ad told the story of a CIA agent named Mija, who boasted of having earned her place in the ranks of the CIA despite suffering from "imposter syndrome" and "generalised anxiety disorder". She also boasted of achieving this by "unapologetically" being herself – an "intersectional" and "cisgender millennial", who refused to "internalize misguided patriarchal ideas of what a woman can or should be".

The CIA's new approach to advertising was not warmly received by some netizens, who mocked the agency's attempt to appeal to the progressively-minded part of the population, colloquially called "woke" online.

These are the kinds of people who believe they have a right to wiretap you, review your social media posts, and analyze your text messages to decide if you’re an “extremist” LOL https://t.co/eGDSkgkxd5

Others noted various inconsistencies in the message voiced by Mija.

One social media user pointed out that she focuses more on her "pride" in herself than the work she is doing for the agency, presumably saving the lives of fellow Americans. Another pointed at the fact that in one version of the video, the footage demonstrates Mija's awards for "diversity and inclusion" rather than for professional feats, which she claims helped her earn a spot in the CIA.

It’s good they are encouraging women to sign up, but it seems like she’s more concerned about her pride and stereotype rather than mission objective. Also, it is interesting how she says “first generation ‘Latina’” instead of American.

Why would they put all the diversity and inclusion awards over her talking about how she earned her way in not because of gender or race. Is this parody. 😂 pic.twitter.com/rawIMwhVbd

Some netizens chose to mock the agency for the choice of words in the ad, suggesting that the CIA was "unapologetic" in quite a different meaning than what Mija meant.

Unapologetically toppling democracies around the world since 1950

Several twitterians, in turn, fantasised about how a new "woke" spin on the spy agency might affect its alleged routine practices, namely "enhanced interrogation techniques" – the CIA's post-9/11 jargon for torture.

Looking forward to @cia's next video, which will explain how "enhanced interrogation" is actually super woke https://t.co/gMhMiptBaO

This is a real video released by the CIA. Every institution is being destroyed by the woke left. If we don’t stop this, 🇺🇸 will fall. I bet instead of waterboarding, they’ll unleash real torture on terrorists: Listening to "progressives" talk for hours about every social issue. pic.twitter.com/5sFBrhNGMd

The new CIA ad also gave birth (or rather second wind) to a conspiracy theory about the establishment being responsible for the introduction of the "woke" rhetoric in society in the first place (apparently only to utilise it for the recruitment of "progressives" later).

Turns out the CIA was behind Woke all along. Seems kind of obvious in hindsight. pic.twitter.com/QQfnV1It0k

There were also those, however, who defended the CIA's focus on hiring people with a diverse background. Meanwhile, others joked that some people would be mad at the spy agency no matter what words it uses in its ads.

Really? You can't think of *any* reasons it might make sense for the CIA to hire for diversity?

Here's a hint: what if we want to spy in a country that is mostly nonwhite? https://t.co/l4oyM4oDMf

bad news everyone. the CIA has used the word “and” in a press release. we must now never use the word again