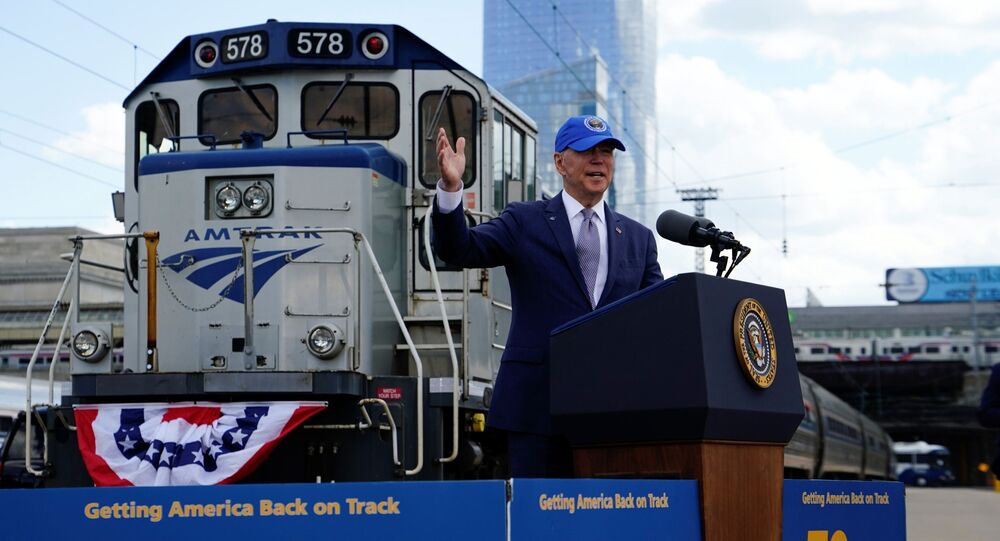 Loyalty Day was first established in 1921 as 'Americanisation Day' during the first 'Red Scare' over Bolshevism and immigrant-dominated anarchist groups. It was enshrined by Congress under its current name in 1955 during the McCarthyite purges of suspected communist fellow-travellers.

US left-wingers have been angered by President Joe Biden's revival of the anti-communist Loyalty Day on May 1st.

In a White House 'proclamation' ahead of Saturday's worldwide celebrations of International Workers' Day, Biden called on citizens to mark the obscure Loyalty Day.

Biden’s proclamation also quoted 17th-century English poet Milton — whose 1644 ‘Areopagitica’ address to Parliament urged tolerance of free thought and speech. Ironically, the Pentagon is newly embarked on a purge of right-wing "extremists" from the ranks of the armed forces, while pro-Democrat Big Tech social media firms have blocked conservative accounts and tried to shut down rivals.

Biden acknowledged Workers’ Day in the proclamation, to "honor the workers whose service and sacrifice has helped turn the tide against the COVID-19 pandemic."

Broadcaster Lee Camp, presenter of RT's Redacted Tonight, said Biden had spat in the face of the working class — whose representatives in the US trade unions campaigned for his election.

Even Black Lives Matter supporters and others whose support the Democrats have tried hard to win, were angered.

​Loyalty Day was established as 'Americanisation Day' in 1921, during the first 'Red Scare' prompted by the 1917 Soviet Revolution and a wave of bombings in the US by Italian immigrant anarchists. It was re-founded by Congress under its current name in 1955, near the end of the post-Second World War period of anti-communism and blacklisting led by senator Joseph McCarthy. The day is nowadays only marked in a handful of US cities and small towns.

May Day in the US stems from commemorations of the 1886 Haymarket massacre in Chicago, when a dynamite bomb thrown at a protest demanding an eight-hour working day resulted in the deaths of seven policemen and four others. Eight anarchists were convicted over the bombing, of whom five were hanged and one committed suicide beforehand.