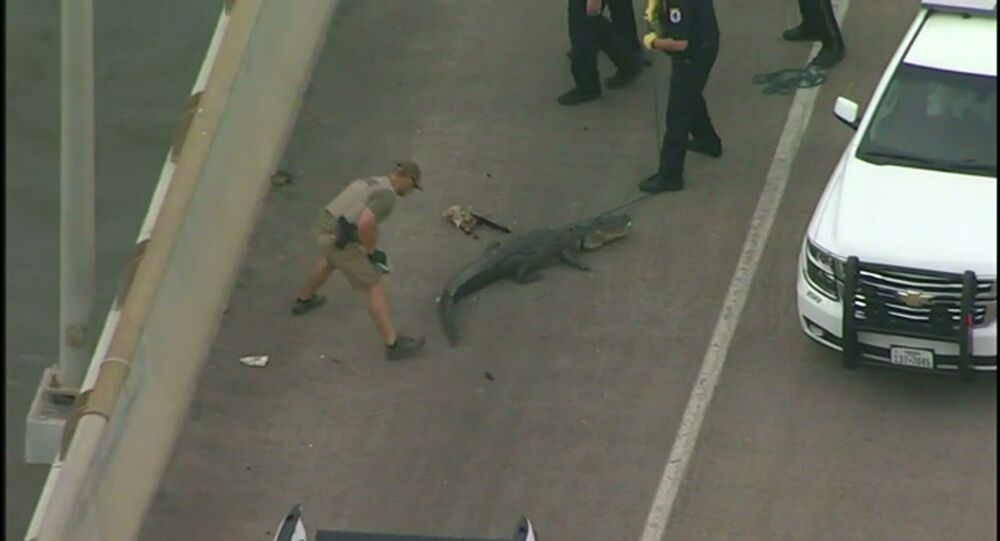 The reptile, which disrupted public order and caused a massive traffic jam, was later released.

An alligator blocked traffic on Highway 146 on the Fred Hartman Bridge that connects Baytown and La Porte east of Houston, Texas, forcing law enforcement officers and the animal control service to arrive on the scene to handle the situation.

The gator, almost 2.5 meters long, came out onto the road, where he caused a large traffic jam and was reluctant to move away.

It took about five officers to bring the alligator under control and to tie its paws with duct tape so that the immobilised reptile could be loaded into a car.

Later, the reptile was released onto a grassy bank.