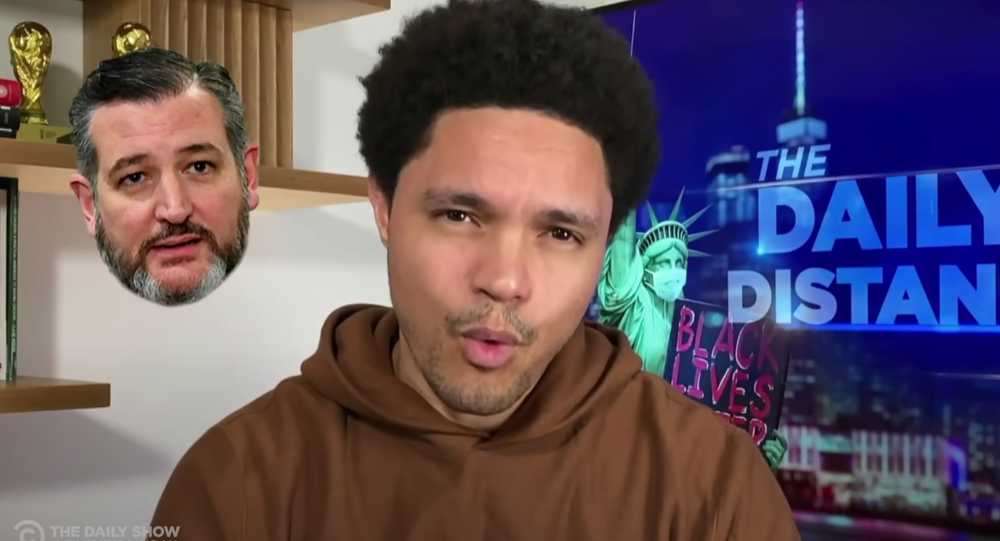 The United States Census Bureau reported on Monday that, over the past decade, the country's population has grown at a mere 7.4% - the slowest rate since the 1930s. As a result of the new Census data, seven US states, including California and New York, will lose one seat in the US House of Representatives.

Trevor Noah, host of Comedy Central's "The Daily Show," managed to catch the attention of Sen. Ted Cruz (R-TX) with his commentary on New York narrowly losing a congressional seat. Per the 2020 Census, the state was just 89 people short of reaching the threshold to maintain its 27

"You’re telling me that if just 89 more New Yorkers had filled out their census, the state wouldn’t have lost a House seat?" the South Africa-born comedian said during a segment.

Cruz, whose state was granted two additional seats in the US House, argued on Twitter that folks are flocking to Texas because that is "where the jobs are."

The Republican senator also claimed Noah "doesn't understand why people like freedom," which riled up a number of folks online and played a role in both men going viral on Wednesday.

Trevor Noah whines that people are fleeing high-tax blue states & moving in droves to low-tax states like Texas, where the jobs are.

Also predicts the Biden years will be the Great Depression. https://t.co/aNewrWtme1

There was someone caught on camera fleeing Texas recently: pic.twitter.com/KcO0jzDVUD

Why did you flee to Mexico Ted? Was there freedom there or something?

The official Twitter account of "The Daily Show" issued a swift response to Cruz, recounting the moment when the Republican senator was spotted traveling to a resort in Cancún, Mexico, while Texas was enduring extreme low temperatures and widespread power outages.

At the time, Cruz claimed he was being a "good dad" by taking his daughters on vacation. The senator ultimately booked a flight back to the states amid the controversy.

"Not sure I'd be using the words 'fleeing' and 'Texas' in the same sentence, Senator Cancun," tweeted "The Daily Show."

"I wear your scorn with pride," Cruz clapped back. "I remember when the Daily Show was funny."

The back-and-forth came to an end after "The Daily Show" issued a final jab, claiming the senator was more engaged with the program "than he ever did when Trump called his wife ugly."

And with that Ted Cruz has officially fought back harder against a tweet from a late night show than he ever did when Trump called his wife ugly https://t.co/auWBOXEebh

Indeed, former US President Donald Trump did bash Cruz's wife, Heidi, on multiple occasions and even retweeted a side-by-side photo comparison of her and former First Lady Melania Trump.

It's worth noting that Cruz did defend his wife - but the Republican senator also received backlash after he eventually endorsed Trump's campaign.

Video of Cruz's "sniveling coward" remarks & INSISTENCE (repeated 4 times) that Trump will NOT be the nominee: pic.twitter.com/fZXDMlPAjH

"Donald, real men don't attack women. Your wife is lovely, and Heidi is the love of my life," Cruz tweeted in 2016, responding to Trump's side-by-side picture.