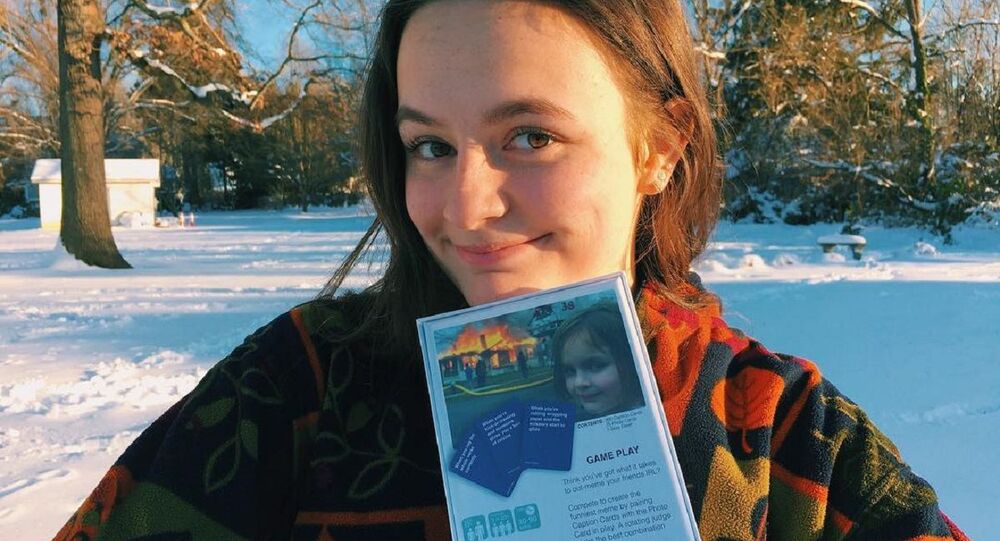 Future sales of Roth’s non-fungible token are also expected to net her and her family a percentage off each purchase.

Zoe Roth, whose smiling face featured in the "Disaster Girl" meme over 15 years ago, has made several hundreds of thousands of dollars by selling a non-fungible token (NFT) of her original image, Market Watch reports.

The NFT  - "a certificate of ownership for a digital asset that is unique and are not meant to serve as a means of exchange" - was sold in a 24-hour auction this month for 180 units of Ether cryptocurrency, worth approximately $430,000 at the time of the sale and about $470,000 as of 27 April.

The media outlet notes, however, that "Ether's value is volatile and can fluctuate by the minute."

Zoe Roth of "Disaster Girl Meme" fame sold the image as an NFT and this is all I could think about pic.twitter.com/mR7Ca1sz7H

​"Being able to sell it just shows us that we do have some sort of control, some sort of agency in the whole process," Roth said.

The NFT was also coded so that Roth and her family are expected to receive 10 percent of the sale each time when the token is purchased in the future, the media outlet points out.

Prior to the auction, Roth and her father had thoroughly researched the subject, reportedly conversing online with "other viral meme subjects".