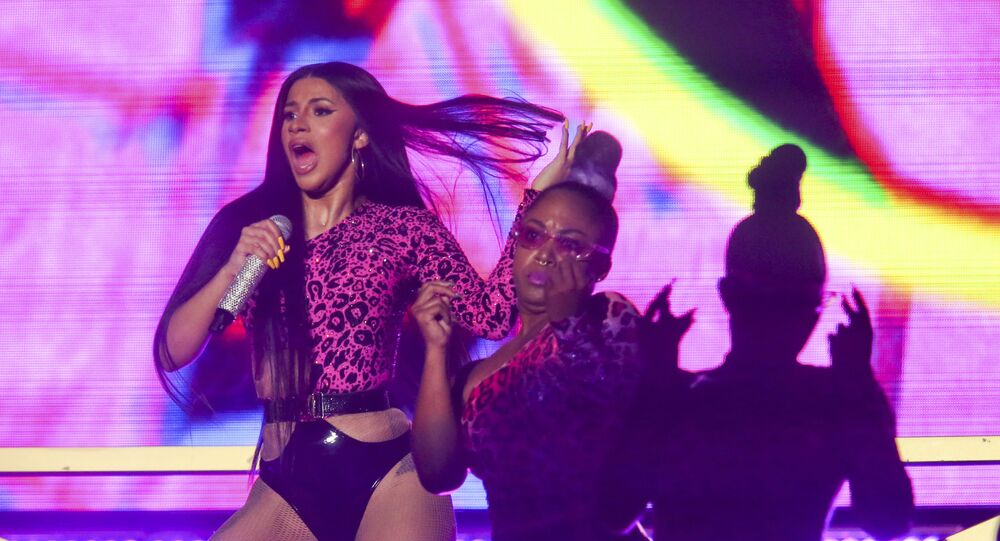 Rapper Cardi B found herself at the center of attention after she performed her hit song “WAP” at the annual Grammy Awards. While many cheered her on, a flood of criticism also followed. Among the critics is Rep. Glenn Grothman (R-WI), who recently blasted the musician on the House floor while bashing the Federal Communications Commission (FCC).

Cardi B, the “Bodak Yellow” Bronx rapper, who also recently took to dabbling in politics, took to social media on Wednesday to complain that she was “starting to hate America” in response to Grothman’s criticism of her Grammy performance.

In a since deleted Instagram post, Cardi wrote under a clip of Grothman on the House floor, “This is why Im [sic] starting to hate America. People are In need of therapy just of the sh*t we see on the internet alone when it comes to police brutality. We have a real crisis in our hand but this is what Wisconsin Representative decided to speak on today -_______-. IM F**KIN DONE!”

Screenshot/Instagram
Screenshot captures since-deleted Instagram post from musician Cardi B in which she remarks that she is "starting to hate America" after Rep. Glenn Grothman (R-WI) her Grammy performance of her hit song "WAP" and the Federal Communications Commission.

Cardi also took to Twitter, venting to her millions of followers over another retweeted clip of Grothman. “This gets me so mad ya don’t even know,” she complained again, drawing attention to the recent weeks of endless news coverage circling police brutality around the US.

The Grammy performance, that has somehow found its way to Congress’ doorstep, had Cardi B dancing along with featured rapper Megan Thee Stallion in a brief but raunchy choreography to the censored “WAP” song, whose title is an acronym for “Wet A** P**y.” The performance featured both Cardi and Megan gyrating in a mimicked sexual display on a covetously oversized bed.

Complaints about the performance ended up at Grothman’s office, as he detailed on the House floor Thursday. Grothman placed blame on the apparent failure of the FCC.

“They wonder why we are paying the FCC if they feel that this should be in living rooms across the nation,” the congressman raged, pointing the finger at US Vice President Kamala Harris.

“I realize that Kamala Harris has used her fame to promote this performer, but I assure the FCC that millions of Americans would view her performance as inconsistent with basic decency,” he added. “Wake up, FCC, and begin to do your job! The moral decline of America is partly due to your utter complacency.”

According to Rolling Stone, the infamous performance resulted in over 1,000 complaints to the FCC about the “pornographic and vulgar” nature of the choreography, with some even going as far as threatening to take legal action.

“This is really something for women (note: This is Women in History Month) and girls to aspire to. You have got to be kidding me,” one complaint wrote, going on to threaten that, “I certainly want to know who to contact to file a lawsuit against the performers, the network, and any and all persons, corporations, etc who either directly or indirectly participated in this display of pornography."

This isn’t the first time the FCC has received complaints about a pop stars’ performance. In 2016, Beyoncé’s Super Bowl halftime resulted in about 47 pages of complaints for her and her dancers’ outfits, which paid ode to the Black Panther Party. Many have said the Grammy performance of “WAP” was about embracing female sexuality, but for some it was just plain “filth.”

'I Can’t Even Be Sexy in Peace': Cardi B Daughter Kulture Crashes Her Sultry Video Moment