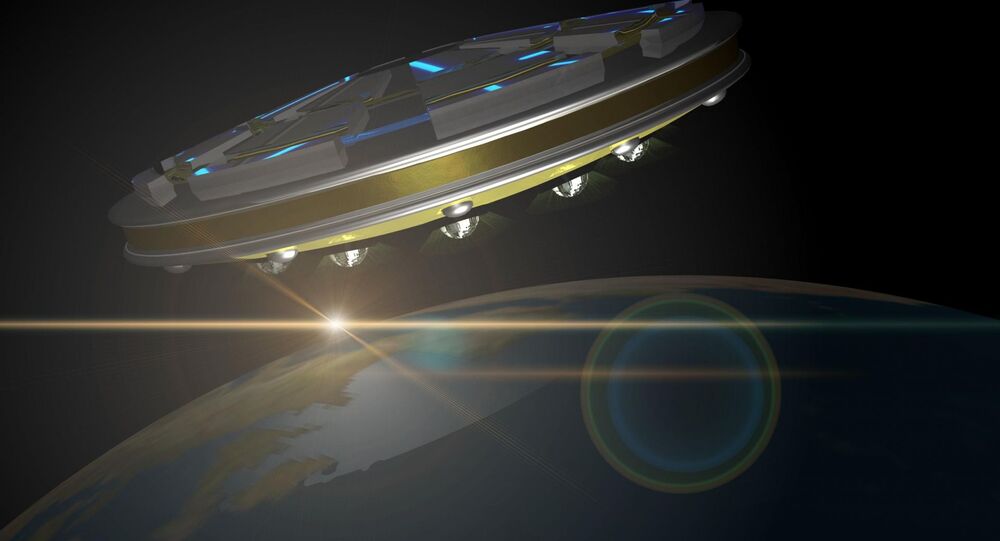 UFO Exposed by Sunset While Hiding in Clouds, Blogger Claims

The person who spotted the alleged alien craft argued that it was huge and "would easily hold a thousand crew on it and have loads of room to spare."

A peculiar-looking object, which may or may not be a UFO, has been spotted by blogger and extraterrestrial hunter extraordinaire Scott C. Waring.

Detailing this recent discovery in his blog, Waring presented an image (the veracity of which hasn't been confirmed), claiming that he saw the sight while watching a live cam from the International Space Station, and describing the rectangular shape he spotted as a "UFO hiding near the clouds."

"Near the UFO is a crescent shaped trail which I believe it made as it was traveling to its current resting place," the blogger wrote. "The object is huge, about a mile across and would easily old a thousand crew on it and have loads of room to spare."

Waring also argued that he was able to detect the suspected UFO because the fading sunlight "hit" it, "bringing out all its detail and shape."

"If you want to see a UFO, watch a hand full of sunsets. I guarantee you will see one," he added.