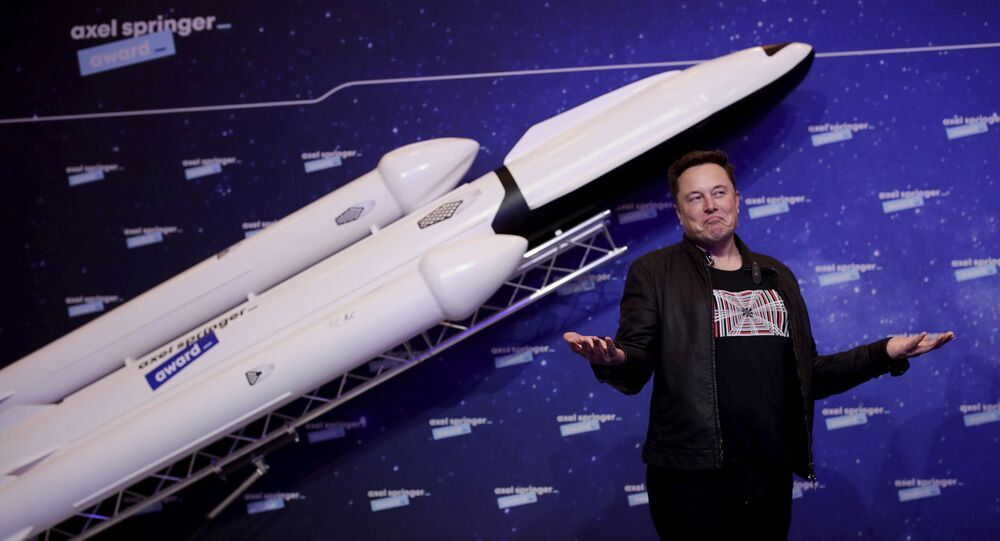 Musk Names Himself Commander of Mars – in Latin

Last year Musk said in an interview that the first humans will land on Mars in six years.

Tech multi-billionaire Elon Musk has named himself "Imperator of Mars" on Twitter, his second self-appointed title after earlier coining himself the "TechnoKing of Tesla."

It's unclear if Musk used the Latin term "Imperator" as it was uttered in the Roman Republic, as an honorific title that roughly translates as “commander" and was assumed by high-ranking military men, usually after great victory– or as the title of Roman Empire de facto monarch.

Last month, he gave himself a new title – the “TechnoKing of Tesla” – in an SEC filing. In the same official document, the founder of SpaceX and Tesla also named the electric car company’s chief financial officer Zach Kirkhorn “Master of Coin.”

Twitter users seem to approve of his new titles:

© AP Photo / Patrick Pleul
‘Strange Desire for Zune’: Elon Musk Mocks Bill Gates By Posting Edited Anti-Vaccination Cartoon
Musk is no stranger to causing a stir on Twitter. Recently, the billionaire sent prices of the Dogecoin cryptocurrency through the roof by referencing it in a tweet.

Last month, a Tesla shareholder filed a lawsuit against Musk and its board, alleging that the tech billionaire put the companies’ billions of dollars of assets at risk and provoked financial losses by posting “erratic” tweets.

In 2018, Musk tweeted that Tesla would be privatised and that the company could buy back shares from minority shareholders for $420 per share, which was 20 percent higher than the actual market value of Tesla’s shares at that time, which, in turn, caused considerable Tesla stock price fluctuation.

He also faced outrage from both the Tesla board and investors, who filed a series of lawsuits because they had been short-selling. Musk was fined $20 million and agreed to step down as Tesla's board chairman for three years.