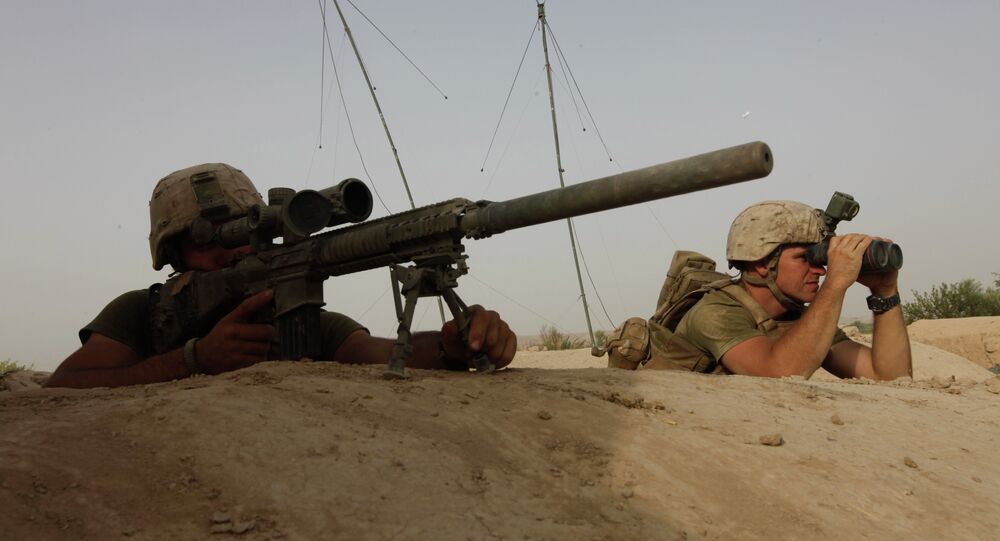 The US signed a peace agreement with the Taliban in 2020 which demands the full withdrawal of American troops by 1 May, if militants fulfill their promises as well. However, the head of the new US administration, Joe Biden has already hinted that the Pentagon might miss the legally-binding deadline.

As the 20th anniversary of the US war on terror approaches, the CNN broadcasting company offered Washington a change in tune so as now to wage war on women. In CNN's opinion, the White House does not need to look for a new target for its troops to shoot at – they simply need to stay in Afghanistan, contrary to popular demands and a treaty to finally pull the American military out of the country.

The broadcaster claimed in its piece, published on 10 April, that a US withdrawal from Afghanistan, after an excruciating and unsuccessful war against the Taliban "could risk progress on women's rights" achieved in the country over the last 20 years. CNN's insists that, instead, American soldiers should stay, fight (and potentially die or worse) in the country without a return deadline - until "the conditions on the ground are right".

This notion finds little support among netizens, however, who see it as another attempt at justifying "endless wars".

Anything to keep the war machine going, of course.

Some didn't mince words, outright accusing the authors of the idea of hypocrisy and double standards.

If the US was that worried about women's rights, it would invade Saudi Arabia.

Others had a problem with the way CNN proposed to uphold women's rights in Afghanistan and suggested that shooting guns and bombing the country is probably not the best way to do it.

the best thing we can do for women is not bomb them for 20 years.

Some Twitterians went even further, arguing that forcibly imposing western values upon the Islamic population of Afghanistan by of the military will have the exact opposite effect.

May be the most ridiculous article I've ever seen. Stop trying to impose western woke sjw culture on conservative islamic societies. That is highly offensive and disgusting. This cultural imperialism has to stop.

US Yet to Make Final Decision on Withdrawal of Troops From Afghanistan, Pentagon Chief Says