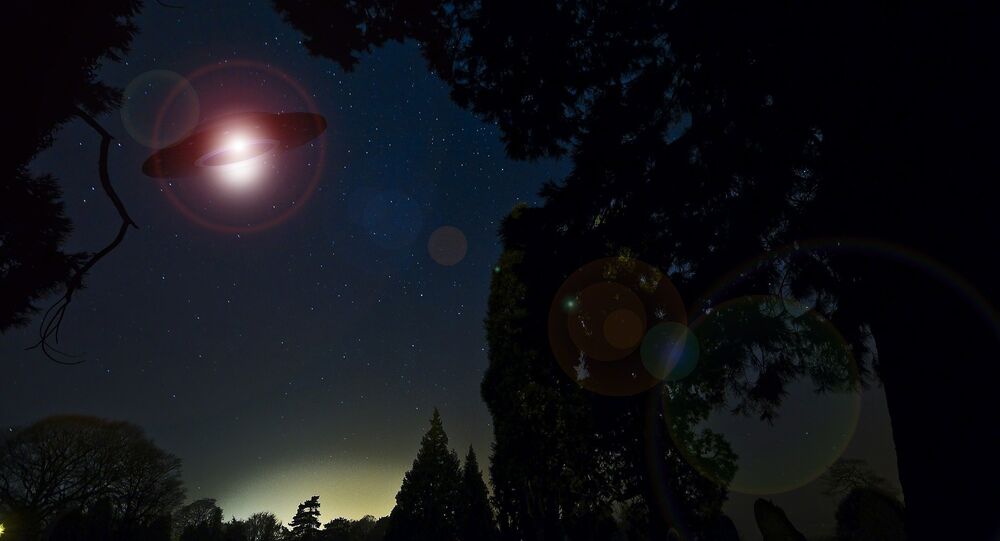 The carcasses were found several days after Scott C Waring, a self-proclaimed ufologist, who tirelessly hunts for signs of extraterrestrial life, reported seeing a bizarre object in the skies of Pasadena, California, which had a triangular shape.

Two dead cows were found around the place where a glowing UFO was seen, claims Scott C Waring, editor of the website dedicated to mysterious sightings. Waring posted a video on his website, which shows a mysterious diamond-shaped object, which apparently flew across the night sky and constantly glows. The footage was recorded by a security camera and the incident itself reportedly occurred in Williston, North Dakota.

Zooming in on the object, Waring said he discovered, what he described as "a smaller craft" above the glowing UFO, which he claims is used for navigation "when close to the ground".

The video then reportedly shows the same area in daylight. Waring alleges that two dead cows were found in the area where the UFO was seen, a fact the ufologist finds baffling. Waring claims that there are no farms in the area and that no cows were reported missing in the state.

According to him, aliens conducted tests on the cattle to find out more about humanity.

"Why probe the cows? Aliens know that cows are created to feed humans worldwide and as a main source of food, cows genetics and diseases, viruses and bacteria all will effect the human species in the coming hundreds of years. Thus... aliens can predict our health to some degree," Waring wrote on his website.

Waring’s video was viewed almost 12,000 times with users saying they were frightened by it.

"Wtf is is going on? This is great evidence and the cow's are dead - no farm for miles none missing, where did they come from? Very bizarre just creepy," wrote one user.

"I don't usually get the creeps, but that one gave me the creeps. Weird! It seems odd to mention that there would be no cattle near there, that is obvious farm country. But in my experience cattle just don't turn up dead, especially someone else's cattle, which is what seems to have happened. That's double weird," wrote another.

One user suggested that there was a person on top of the glowing UFO.

"Sure looked like someone on top of that thing huh? And looks like an eye inside of the light," the netizen wrote.

Other users joked that “aliens” were just dying to eat a juicy steak.