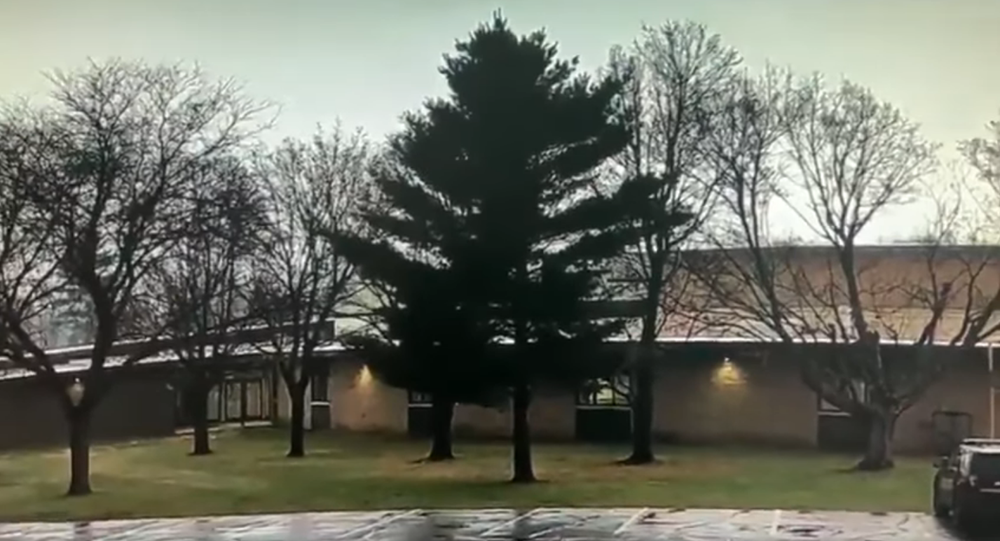 Video: Thrilling Lightning in Wisconsin Burns Tree to the Ground in Seconds

A lightning bolt irresistibly seized the attention of pupils and staff at a high school in Wautoma, Wisconsin, striking in the middle of the school day just meters from the building, demonstrating its profound destructive power.

The spectacular lightning struck a tree near Wautoma High School in Wisconsin on Thursday, destroying the large plant in seconds. The video, captured by a security camera outside the building, was posted to the official Facebook account of the US National Weather Service Green Bay Wisconsin.

“Initially, the students and staff were startled by the event; however, after realizing what had just happened, they were fascinated by the rare incident that occurred just feet from them,” principal Jennifer Johnson told WBAY.

“You just never know when lightning will strike,” the agency noted, repeating safety rules to be followed during thunderstorms.

According to school officials, the lightning flickered around 8:25 am while everyone was in class, so no one was injured.

Earlier, lighting struck another tree, killing one and injuring three people hiding beneath.