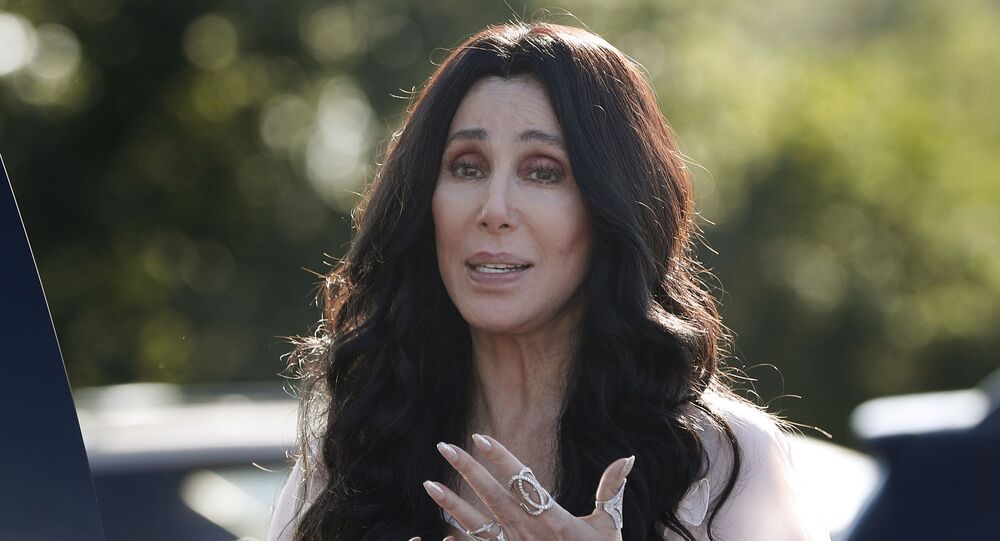 Do You Believe in Tweets After Tweets? Cher Apologises Again After Saying She Could’ve Helped Floyd

The 74-year old singer, actress, and television personality infuriated some social media users last week after appearing to suggest that she could have saved the late George Floyd if she had been at the scene during his arrest in Minneapolis on 25 May, 2020. Some African-Americans accused her of having a "white saviour complex."

Cher has taken to Twitter to issue another apology for her comments about the ongoing George Floyd trial.

“These last days have been hard, soul searching, painful ones,” she wrote. “My wording was wrong/imprecise. When I’m over-emotional I should wait, walk away, then tweet. I felt sorrow, and did wish I could have helped George. Sometimes you feel what you can’t explain in a tweet. Sorry is all I have,” the singer wrote in emotional, impassioned, and grammar mistake-filled tweet.

These last days have been Hard,Soul Searching,
Painful Ones. My Wording Was Wrong/Imprecise. When I’m Over-emotional I Should Wait,Walk Away, Then Twt.I Felt Sorrow,& Did Wish I Could have Helped George.Sometimes you can feel what you can’t Explain in a twt.Sorry is All I Have

The tweet followed a separate tweet several days earlier in which Cher similarly expressed regret for a message which caused uproar among some of her followers. In the since-deleted message, Cher referred to a conversation she’d had with her mother about the televised trial of Derek Chauvin, whom prosecutors accuse of causing Floyd’s death, and recounted that she’d kept thinking that “maybe if I’d been there…I could’ve helped.”

© CC BY-SA 2.0 / David Carroll / Cher D2K-0048
'White Savior Complex': Cher Trolled for Claiming She Could Have Helped George Floyd
The tweet sparked a firestorm of angry reactions online, with some accusing Cher of having a “white saviour complex” and of “trying to get attention” and making the trial about her. Others leapt to her defence, however, attacking her critics as products of cancel culture and saying she was perfectly within her rights to express her opinion.

Cher appears to have been watching the Chauvin trial closely since it kicked off on 29 March, tweeting about it repeatedly to praise witnesses and writing that the video of the officer "Digging His Knee Into George’s NECK,For 9+ Mins.Until Chauvin Crushed The Life Out" of Floyd brought her to tears.

Floyd died soon after the incident, with his death sparking large-scale protests across the nation and reopening old wounds on the issue of racial inequality in the United States.

Chauvin faces charges of second-degree murder charge, third-degree murder, and second-degree manslaughter. If convicted, he could spend up to 40 years in prison. Chauvin’s attorneys argue that Floyd died as a result of drug abuse and heart problems, with the choking a mere contributing factor.