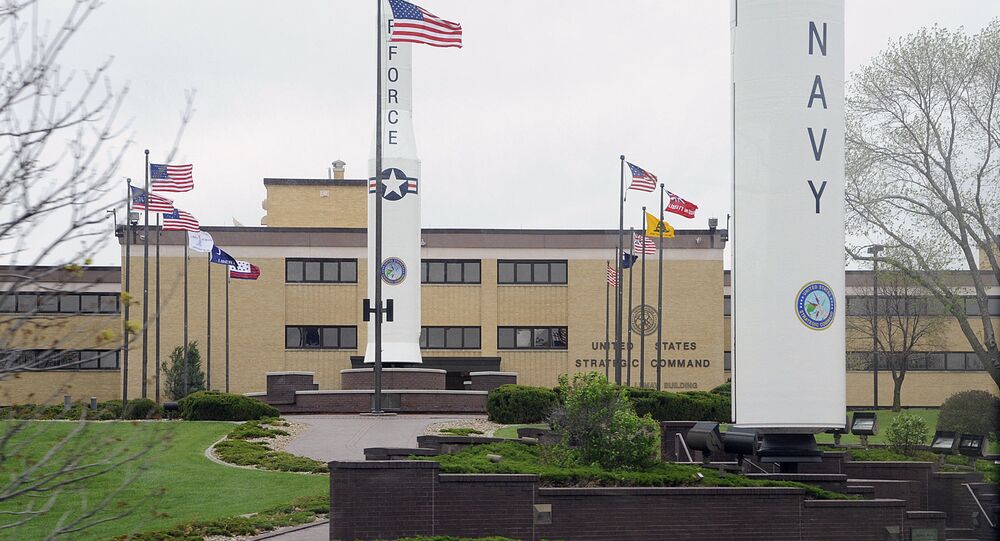 Imagine a relaxing evening on a sofa, when suddenly a notification appears on your screen with some random symbols and absolutely no context. It would probably not concern you this much if the message you've just received wasn't from the US Strategic Command, which is responsible for controlling the American nuclear arsenal.

Netizens got startled on Sunday when the US Strategic Command suddenly stormed into the ordinary Internet agenda with a tweet saying nothing but ";l;;gmlxzssaw".

By the time the account tweeted its apologies for the confusion some 30 minutes had passed, providing the users with just the right amount of time to wonder whether the post was a nuclear code, a secret message or just someone's cat having fun with the keyboard.

However, even the attempt to apologize for the stir has not turned out to be very lucky, as the Strategic Command then misspelled the word "apologies" when asking netizens to "disregard this post".

It is worth noting that many things have happened in the wake of the tweet, but ignoring it is definitely not among them.

© Photo : Twitter / @US_Stratcom
Screenshot of two tweets posted by the US Strategic Command on Sunday, 28 March, 2021

Before the tweets were deleted, netizens laughed over the Strategic Command's reluctance to remove them. The misspelling was not unnoticed.

Y'all know you can delete things here, right?

yall couldnt even spell "apologies" right in the apology lmao

​​Among those who were surprised by the tweet, was retired US Colonel Rob Maness.

What the hell? Our nuclear command @POTUS @SecDef ?? https://t.co/JN6egO7w6M

You know it’s bad when someone like this says it’s bad pic.twitter.com/1qiTh1yamk

​Others noted that the weird tweet left them more scared than confused.

​Some netizens went on to play with the gibberish, recalling some other funny incidents with Twitter accounts run by prominent figures, like the notorious "covfefe" tweet posted by the former US president, Donald Trump.

It is human to covfefe.

​Others expressed outrage, spicing it up with a good deal of sarcasm.

Too late I’ve already sealed myself into the bunker

Alright, who did we just Bomb?

I already sent my family to our underground bunker... what am I supposed to tell them now...

The US Strategic Command is responsible for employing the nation's nuclear, cyber, global strike and missile defense.