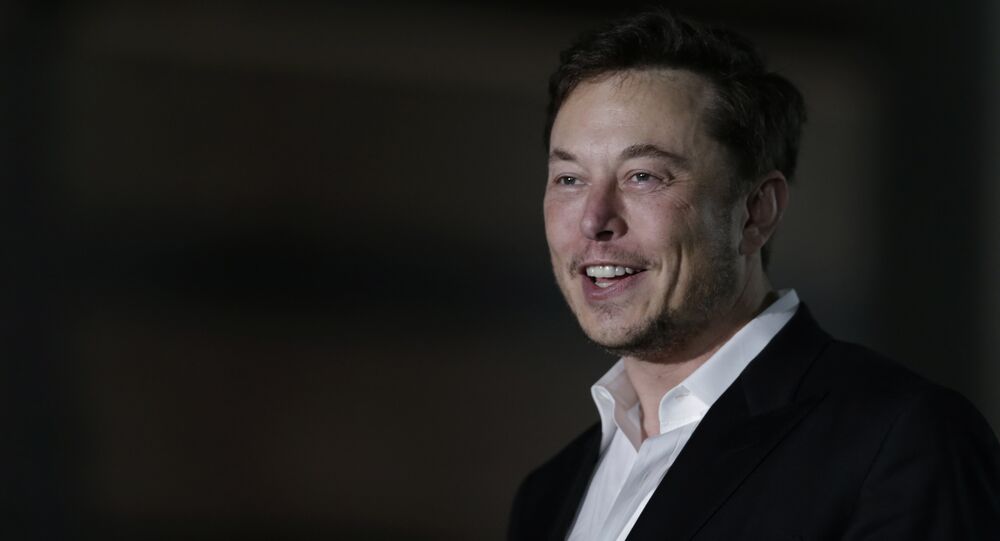 While some seemed to appreciate Musk’s sense of humour, others advised him instead to "grow up".

Famous tech entrepreneur and SpaceX founder Elon Musk has once again managed to rile up the social media crowd with his Twitter antics.

One of Musk’s latest posts, which got retweeted over 25,000 times and was "liked" over 286,000 times, features a cartoon image of a mobile crane which, in the next image, turns into a humanoid robot, with the crane’s boom proudly sticking upward from its "nether regions".

"Check out our new crane," Musk simply wrote in the caption, and check out the public did.

Check out our new crane pic.twitter.com/PE4vL6uKcb

​Quite a few netizens seemed rather amused by Elon’s tweet, some of them cracking jokes about the apparent phallic imagery in the picture he shared.

Others seemed less pleased by the billionaire’s stunt, telling him to “grow up.”

And there were also those who jokingly speculated about where such a “crane” might be applied today.

We need more of those cranes to get this out asap ! pic.twitter.com/145WSLd8sa