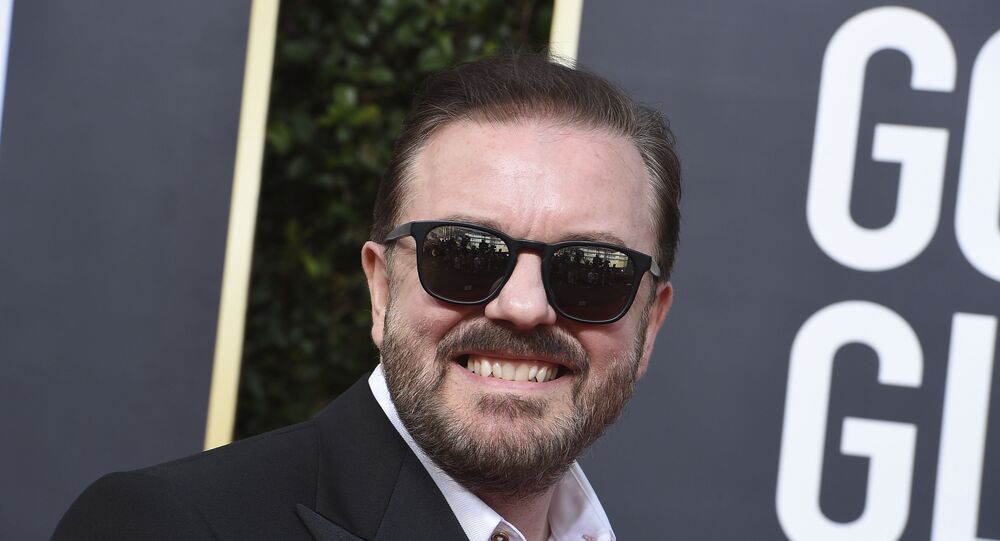 Controversy over satirical cartoons of the Islamic prophet Muhammad reignited over the past six months following the murder and beheading of a French teacher, Samuel Paty, after he allegedly used similar images to teach a class on free speech.

Outspoken British comedian Rickey Gervais has weighed in on the row over cartoons of the Prophet Muhammad at a Yorkshire school.

Gervais, no stranger to controversy, said days of protests outside Batley Grammar School near Leeds had no place in 2021, and likened anger over "blasphemy" to objecting to insults toward mythical creatures.

"Blasphemy? F*cking Blasphemy? It's 2021 for f*ck's sake. What next? People being punished for insulting unicorns?", Gervais tweeted.

A teacher was suspended at the Batley Grammar School after two days of protests for his use of satirical cartoons of the Islamic religion's primary figure, the Prophet Muhammad, in a lesson about the use of free speech.

​"It is never acceptable to threaten or intimidate teachers", a spokesman for British Education Minister Gavin Williamson said on Friday, adding: "the nature of protest we have seen, including issuing threats and in violation of coronavirus restrictions, is completely unacceptable and must be brought to an end".

Gervais' followers backed him up — including with quotes from the film The Life of Brian by Monty Python, who were accused of blasphemy after the movie's release in 1979.

French teacher Samuel Paty was murdered and beheaded last year after a student made false claims against him after he used satirical cartoons of the religious figure in a class on free speech.