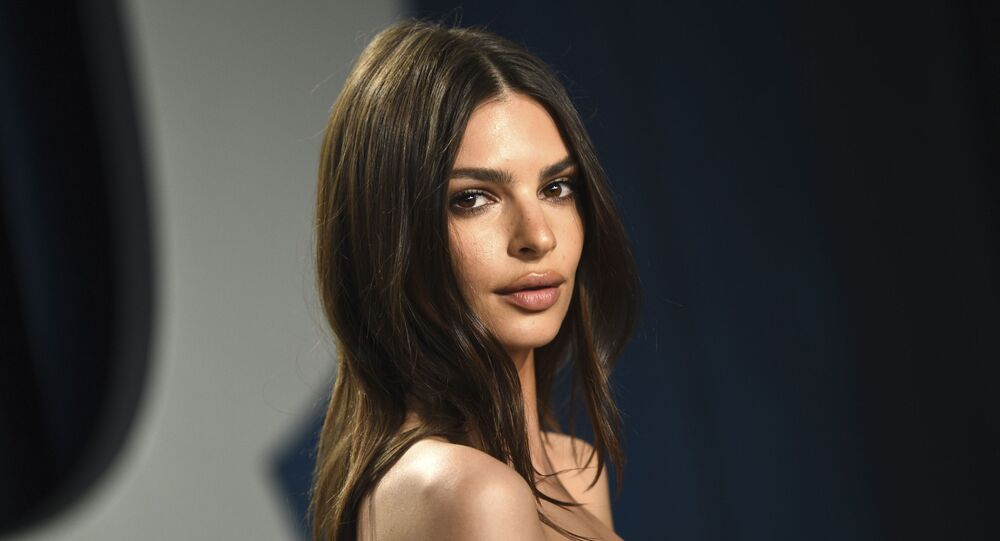 Months before giving birth, Emily Ratajkowski detailed in a Vogue op-ed that she and husband Sebastian Bear-McClard "ultimately have no idea who—rather than what—is growing inside my belly." The UK-born, American model also said the two would let their child tell them their gender at age 18, rather than make that decision for the child.

Ratajkowski, who gave birth to her child Sylvester on March 8, received mixed responses after the 29-year-old took to Instagram on Wednesday and posted a breastfeeding photo with the caption: "Beautiful boy."

Some of the new mother's followers - like English model Poppy Delevingne - gushed over the parenting post, saying Ratajkowski is giving them baby fever.

However, beneath the slew of verified, celebrity comments, many netizens were wondering why Ratajkowski was reneging on her gender-related assertions.

"Maybe my memory is becoming bad, but I thought you said the baby was going to tell you the preferred gender once old enough," remarked Instagram user @estplorin.

Exactly!! I don’t get how this upsets ppl.

This must be her first kid because children tell you exactly who they are fairly quickly in life...

As a trans person I think it’s fine to not assign your kid a gender and use neutral pronouns til they decide, which kids typically can do around 4. But I also think it is completely fine to go with the assigned gender until/unless the kid expresses a desire to transition.

The 29-year-old has yet to respond to the negative backlash, but she did post a photo on her Instagram story on Thursday, showing off her newborn's new socks.